What can you watch on TalkTalk TV?

We’ve made some big changes to our TV service. Now you can catch up on all your favourite shows whether you’re watching TV at home or on the move. With TalkTalk TV you can watch a mixture of the best films, TV shows and channels on all of your devices.

TalkTalk TV box (or Plus box)

You'll find your owned and rented content within the ‘My TV’ menu on the TalkTalk TV website and App.

When you subscribe to a TV Boost, you will get access to more channels and in many cases, on-demand content too. You’ll find all the content that you can watch through each Boost within My TV.

You can access My TV through the navigation bar at the top of the website or through iOS and Android.

You’ll find your boost channels within your Guide. To watch On demand content your Boosts enable you to watch, press the More TV or TalkTalk button on your remote. Navigate to ‘Subscriptions & Purchases’ in the menu.

You can also search, filter, browse or enter the dedicated channel number from the Guide.

If you try to visit a channel you're not currently subscribed to, you'll be given the opportunity to subscribe to the Boost or return to the TV Guide.

The following channels can be watched on the TalkTalk TV box, iOS, Android and Chromecast (subject to being subscribed to the appropriate TV Boosts). You may need to add additional boosts to watch these channels.

Watchable only on the TalkTalk TV box

These channels are listed in the Guide but we do not play them back within our own website and apps. Instead, we’ll send you to the appropriate third-party app or website when you try to play it back. For example if you try to watch Top Gear you will be taken to BBC iPlayer.

Due to our agreements with the content providers, we’re not allowed to permit concurrent streaming across any two devices (except for the TalkTalk TV box which can always stream at the same time as other devices). We can offer you up to four devices plus your TalkTalk TV box to have access to the service, however they cannot all be used at the same time.

What can you watch on TalkTalk TV?

We’ve made some big changes to our TV service. Now you can catch up on all your favourite shows whether you’re watching TV at home or on the move. With TalkTalk TV you can watch a mixture of the best films, TV shows and channels on all of your devices. 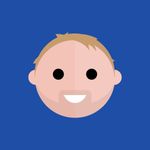 Did you find what you were after?

Hi there, I’m Mike, did you find my article helpful?

We appreciate your feedback, why not take a moment to review our service by
completing a Trustpilot survey.

We have a reduced support team available at the moment, which means the wait times to speak to us may be longer than usual. Why not manage your account or get help with your services online using one of the below options

View your bills & keep tabs on your usage.

New: See how your connection is performing.