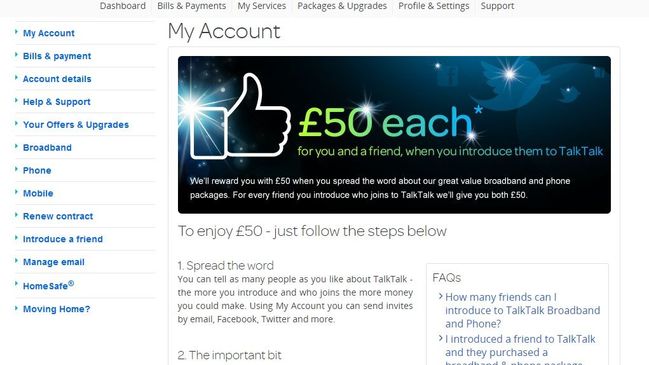 Why is "introduce a friend" STILL shown on myaccount ?

When you select it - you find :

Which menu is that offer under?

Perhaps you'd be kind enough to alert the MyAccount team that there's a five year old Introduce a Friend offer making an appearance in MyAccount. If it's in my MyAccount I'm pretty sure that it'll be in others."

However, when TalkTalk investigated, nothing was found.