So literally switch over happened today from Vodafone to Talk Talk. With Vodafone our line was stable at about 60-67mbps down and 10up.

I would've thought our line would've already been fairly optimised anyways, but after plugging in the TalkTalk router I've noticed it seems to be fixed at 40mbps exactly. I asked for a firmware update as it was old firmware anyways.

I'm probably way to early and it's still "settling" just seems an awful lot less then I had before on the same line, equipment just a different router. I'm not really a fan of paying for less.

Got it thanks. will sort it out.

Dweller
Participant
In response to Arne-TalkTalk

I have sent you a Personal Message, If you can respond to that I can help.

OK, give them at least a day, it is not live support on here. But sit tight because they are the best.

Thank you, because I just tried using the online chat service,it's shocking.

If someone could sort this out sooner then later that would be great.

Some further information. I followed the link through the email from uswitch it does take you to the faster fibre speed boost page. However what I've realised from checking my neighbours (small residential block of flats) is they all have 35mbps guarantee I don't even have 30 but I know I received 67 which is why i'm guessing it didn't even show up the boost during order. There's clearly some misinformation on this specific address. 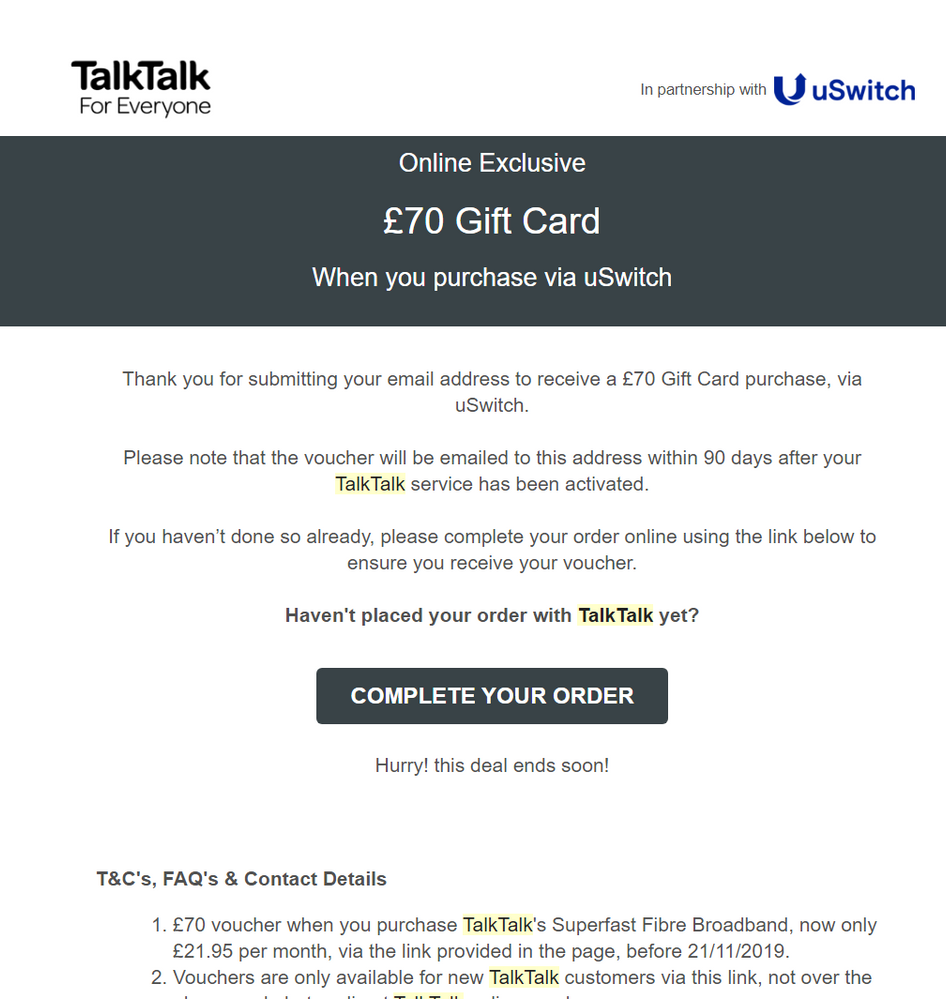 OK, TalkTalk have been selling both fibre products at the same price recently so that makes sense. I will move this topic to the Account/Billing section where the best placed member of the TalkTalk team can look at this for you.

Actually I ordered through uswitch that advertise what I paid for as 67mbps...am I allowed to post links, it doesn't say boost on it either but does state 67mbps perhaps someone from sales could rectify this?

All I did was add the tv package. I even have the email for the £70 voucher. 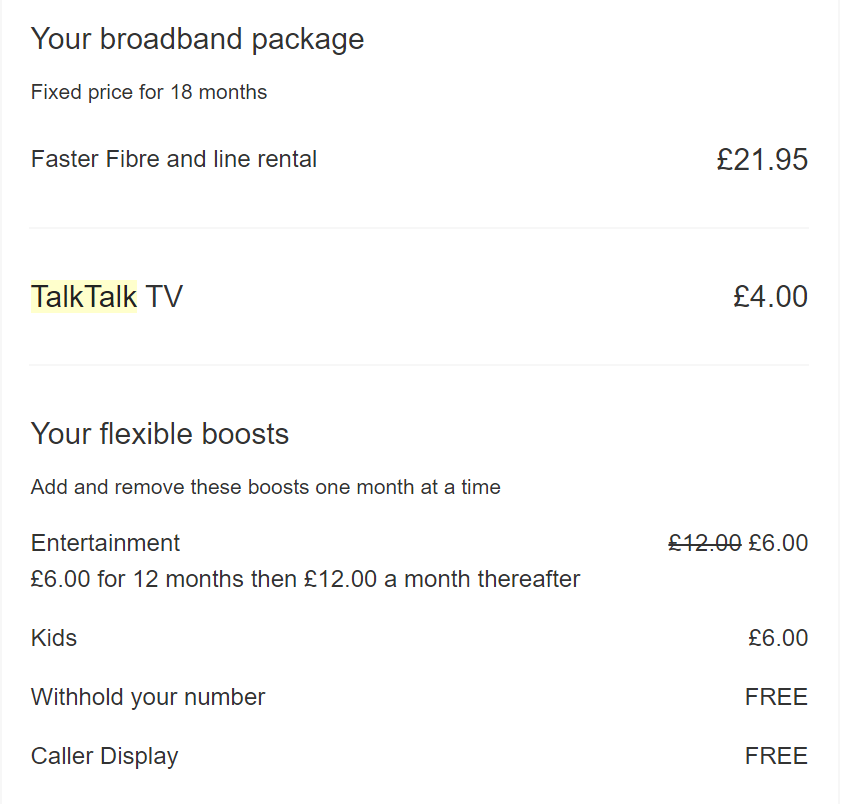 A-ha. And I realised I should have mentioned that when I first responded, hence my amendment!

Message 9 of 12
I've just realised there is a fibre with boost...
0 Likes
Reply
Options

Which fibre package did you sign up for? Subject to that, if you would like the online support team to look into this for you make sure that your personal details including TalkTalk landline number are complete on your community profile here so that they can link your forum identity with your account and then wait for them to respond.