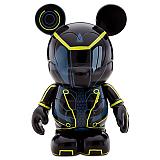 Since Sunday evening I've been having issues with my broadband connection with it dropping often. On Monday morning I swapped out my old router (non-TalkTalk) to a brand new TalkTalk D-Link DSL-3782, literally just taken out of the box and started using it. My connection dropped a few times yesterday morning but was stable for most of the day. This morning though it has been dropping all the time. It's not related to making or received landline calls. The router is connected to an Openreach Master Socket 5C Mk4 (fitted just before Xmas last year and with new cabling up my house to the existing copper line to the exchange - which is next door) and there is nothing else plugged into that other than my landline phone and the router.

I phoned TalkTalk technical support this morning and they ran a test on my line and declared it OK. The solution, apparently, is to send me a new router which has now been done. I don't believe this will fix the issue. Firstly because my personal router doesn't work, secondly because a brand new TalkTalk router doesn't work so I don't see how another brand new TalkTalk router is going to make a difference.

As you know, everyone is working from home, myself included, and these broadband disconnections are causing me considerable disruption.

Would it be possible to connect the router at the test socket? (just for testing purposes)

Thanks for getting back to me. What is the test socket?