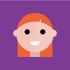 I will try to make this brief.

Saturday was on text message again and they did the same tests and told me to monitor for 48 hours.

Sunday - contacted text again because line dropped a couple of times . Went through same tests and at 21.56 they told me to remove the master socket front and at 21.57 I texted back that I had done it. That is how they left me last night. I am aware that they stop at 22.00 but to leave someone with no internet without a word is just NOT ON. I reconnected everything and this morning via text they started from scratch again!!

Present time - it appears they have now given up having done all the tests again , reset the router and sent me a text that says that they have 30 days to make improvements !!! Meanwhile the internet is in a dropped state with a flashing amber light!! i.e. at least it was working this morning which it is NOT now.

My last text I wrote asked for a manager to phone me but I doubt this will happen .

Please advise me what to do now????

I'm really sorry to hear this. Could I just confirm, was their no connection at all at the test socket? Are you experiencing any issues with the voice service such as no dial tone or any noise on the line?

@OCE_Michelle   There has never been any problem with our land line.

I have just written in another thread (the threads could be combined now I think) I started to OCE Debbie:-

<<The latest is yesterday  a text messaging manager who was not allowed to phone me actually got onto text messaging and said she had changed settings because she could see the instability of my line. She then wrote something which I really did not believe . "Please note that due to the settings I have just changed your line will go through an optimization period for a few days where the line will drop out every now and again and then as it will search the optimum frequency. Should things not stabiilize in approx 10 days please do get back in touch with us"

Since I am not the only person to be reporting my line dropping (which it has never done before) I think what she what meant - "we know there is a problem and we don't know how to fix it but are working on it. Hopefully in 10 days it will have been sorted"!!!!!!

I would love your opinion on this.

Last night between 16.00 it dropped at least  8 times up until midnight. I had husband yelling at me that he couldn't watch what he was trying to watch on his TV (it is me who pays for the ISP) , I couldn't watch catch up. We were trying to speak to our son in Singapore on whatsapp and it kept dropping.  It  dropped for between 30 secs and 5 mins I reckon each time.  Since I have been watching the  new router light this morning it has been OK.>>

I have posted on your other thread.