Trouble Port Forwarding for a program.

Hi there, Since around noon today I have been constantly trying to set up a port forward for a program named Xlink Kai so that I can play PS2 online multiplayer games. Despite numerous attempts to set it in the router settings and even looking at the Firewall in the router it still results in the program not connecting.

I should note that the PS2 is connected to a TP-Link WR802N which connects to the talktalk router (Which is a Sagemcom fast 5364-3 t8) wirelessly, and the laptop connects to the tp-link so the PS2 and program are on the same network. The router is in another room so physically connecting the ps2 would need a long Ethernet cable.

The port I am trying to forward is 54677, Any help as to why it won't work would be great. 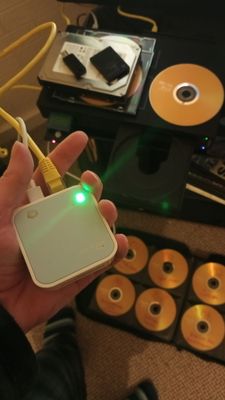 The TP-LINK router the PS2 is connected to...

The XLink Kai program stating it cannot connect to the servers due to port forwarding...

How are you getting on, do you still need assistance with this?

Can you post your port forward configuration from the router.