I was expecting an email at lunch time yesterday - it arrived at 1:00am today. Other emails I know were sent yesterday still have not arrived.

Same thing this morning. I knew an email had been sent but it still has not arrived (it was urgent about a meeting taking place 20 minutes after it was sent). I have received occasional emails and someone else (also using a Tiscali address) has not received them though they were included in the original address list (and have successfully received emails from the sender before).

Obviously I do not know what other emails have not turned up.

Perhaps incidentally, the TV guide would not come up yesterday afternoon. This was sorted by restarting the box.

Just noticed I sold something on eBay overnight  -   still not had the notification email or the Paypal receipt.

Emails sent to my Lineone and Tiscali addresses are being delayed by up to 12 hours.  That's only what I've received of course, I expect there are several that have either been delayed longer than that or have been lost.

Why no mention in the Service Centre status section of the email problems that have been going on since yesterday?  Maybe because TalkTalk are reluctant to admit publicly their service isn't all it's cracked up to be?

My emails are taking hours or days to reach me. Why is this happening and is anyone looking into it?

Email with invite for meeting to start in 15 minutes has arrived in my Gmail account but still no signs of it in Tiscali/TalkTalk. Problem not fixed or even recognised/admitted as a problem.

This is the identical problem to that which occurred on 7 July and we are getting the identical response from Talk Talk i.e. "sweet Fanny Adam" in the way of explanation, communication etc. - they never learn or improve !!

I hope, perhaps in vain, that it will fix the problem that I first noticed Friday afternoon.

Then again it could just add to the ongoing misery,,,,,

I've had some emails delayed and others arrive in minutes, it's better than it was but I feel I am still missing some of them.

Why admins are not responding in here only one person had a response and there response was simply make new thread. No awareness of the storm around them. 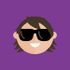 We are seeing this now, we were expecting invites to zoom meetings, and though the invites were sent out 30 minutes before the meetings, one email arrived 1.5 hours later, the second one we are still waiting for 2 hours after it was sent. Looking at the message headers for emails that were received late, it does seem to indicate a bottleneck in TT servers. And like others have said, their status is "everythings fine"

Emails sent across the TT servers come through without problems, just sent an email from a work address, waiting with anticipation to see when it finally arrives.

If you can't think of anything smart to say, say nothing.
0 Likes
Reply
Options

Just had 2 emails that took 13 hours (both informing me of parcels being delivered today, and were received 11 hours after the parcels!).

2 more important emails, which were sent 15 hours ago, are still missing.

Your post timed at 10.26 am on 20th July arrived at 6.28 am today (21st). Judging by the time of posting of other replies and time of their receipt (as well as other emails I know to have been sent yesterday but arrived today) the problem was still unresolved at least until 7.30 am this morning.

No awareness of the storm around them.

I'm sure they're aware - just don't know what to do about it.

Worse than ever today.  Usually have a flood of emails by this time:  I've had 2 and they were both sent yesterday!

Still missing eBay and Paypal receipts from over 24 hours ago.

The day started off OK for me but has deteriorated since mid-morning. Even had a 2.5hr delay on a forum notification email sent from talktalk to my talktalk email address!

@Ady-TalkTalk this has been going on for at least 4 days now with multiple threads and numerous contributors experiencing the same problem. Any update for us or feedback from the Email Admins yet?

Same problem here - noticed towards end of last week (Friday I think). It's a bit random, some emails are pretty instant, but others are delayed up to a day. I'm also finding that some emails in a thread (i.e. from different people) that are responses are being received before the email they are responding to.

Clearly this is not random - there's a problem and it needs fixing TalkTalk!!

Just adding my name to the long list of customers with email (Tiscali) delays for the last few days.

It's extraordinary, that despite all the complaints raised on Twitter and here, the Service Status continues to be green. There is clearly a problem!

Plenty of delays that need to be fixed it's been several days now.

Who do I call to get a partial refund for a failure of meeting a certain standard of service.

Why they don't come in to respond to the issues.

Some emails still missing from at least two different places.

Why are we being ignored?

This is almost the second worst email problem I've had in memory.

Third if you include one I caused and blamed on Tiscali before I realized it was my outlook program on windows xp going haywire and that was a long time ago.

not receiving all emails again, some lost completely. TalkTalk no help as usual, clearly their technicians have no idea what they are doing and do not understand the equipment they are working on.