Last  few days having problems sending emails from my Pipex email address to a relative with a Yahoo address. Keep getting the following response from mailer-daemon@talktalk.net that delivery failed.

This is an automatically generated Delivery Status Notification.
Delivery to the following recipients was aborted after 13.9 hour(s):
xxxxx@yahoo.co.uk

I see other threads on this forum with the same problem sending to other domains (eg. Sky) and wonder whether there is a wider issue extending to Yahoo too ?

So TalkTalk expect us to just carry on using an at best unreliable and at worst useless email service ? All because of something they've done to it and no fault of their paying customers ?

I can't give you a lead time I'm afraid. Some 20,000 TalkTalk email accounts were only moved over this week, so it's not that we've just stopped and left you hanging out there.

Thank you for the update @Ady-TalkTalk. I understand that you don't have a start date for the migration to the new platform but it would be helpful to have some indication of the timeframe. then I can decide whether to wait out this ongoing Pipex problem or switch to using other email addresses. So can you say whether it will be days, weeks, months or years? (It already feels like we've been waiting years)

Looking back I note my screaming.net address was migrated over 6 months ago and my talktalk.net over 3 months ago.

The most recent issues are related to changes that are necessitated by the migration to the new platform. We need to get you all on the new platform and get rid of those unused accounts and make everyone strengthen the weak passwords. It's not going to be too long, but I don't have the start date yet.

Hi @Ady-TalkTalk Thanks, as ever, for this update.  So this issue is now (and has been) inherent in the continued use of 'legacy' email domains such as Pipex for some time (at least two years), and (being inherent) this situation will remain until migration occurs (whenever that will be), irrespective of what TT does.  Is my understanding correct?

This may also explain why many of my emails sent to Gmail accounts are taking about 12 hours to be received.

Hi all, I've had feedback. We're still suffering due to compromised old and unused accounts or those with simple passwords. When the move to the new platform is complete this cannot happen but for now it's been the cause of most of the problems with pipex for 2 years. Many of the old pipex and other legacy accounts are unused and this leaves them susceptible to being compromised the accounts are then typically used for spamming. I'm told Yahoo and Sky amongst others are deferring our mail for periods until they can verify it. This means mail will be delayed but will get there eventually. 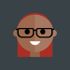 I'm using TalkTalk as my main phone line supplier now, as well as Pipex for my emails, if that is what you mean ….

However, I got completely "shut out" of "My Account" by a log-in screw-up, which means "it" ( the system ) will not recognise my passwords & won't let me re-use the old ones & there appears to be no way of resetting it.

Do you have a current talktalk broadband service with access to MyAccount?

is it possible for me to set up a Talk Talk email address (@talktalk.co.uk or something like that) but retain at least for a while my old dsl.pipex.com address? I have always wanted to change email address to a Talk Talk one  but I have so many logins and contacts using my old pipex address that I have never bit the bullet and changed.

If I did that would the email be on an unaffected server and the problem solved or would it make no difference as my account is still on the old server whatever email address I use?

Thanks for posting to let us know GregTingey I've already alered the Email Admins to the posts from you and the other Pipex users. I'll post back as soon as I hear from them.

Received this today in respect of a message I sent yesterday:-

This is an automatically generated Delivery Status Notification.
Delivery to the following recipients was aborted after 13.9 hour(s):
name@yahoo.co.uk

Got the same response to a message sent to AOL too.

That means after 2.5 months of this problem I am back to square one.

I dont have the words to use in an open forum to describe how utterly ridiculous this all is.

SURELY there is a remedy to be had "in law" - but how?
TT are in clear breach of just about every law & service agreement about providing goods & services to their customers - their goods are "Not of Merchantable Quality" & I'm sure they have breached all sorts of codes of practice.

What is needed is both external LOUD publicity & legal action.

The question is …. how does one go about this?

Hi GEG63, I'm on the email project for the new platform and have been for years. What I can tell you is there are major issues moving all the legacy customers onto the new platform and as you can imagine we're being very careful to make sure that migrate you all as quickly and smoothly as possible whilst mitigating for the issues that this process creates. It's been planned for a long time, but the migration of the bulk of the mailboxes taught us lessons that mean we've had to address some issues we couldn't have foreseen at the beginning of the project. I know that the current situation is far from satisfactory, but the truth is it's better late than never.

Fortunately, Muddymedic I can't yet give you a firm date. In fact when I can you'll have had emails warning you of the changes and an approximate date that your mailbox will migrate.

Hi @GEG63 You are wasting your time asking this question, frankly, and I've mentioned that in previous posts on other topics.  I have also escalated this issue (including the migration piece), but have yet to even receive acknowledgement of receipt of my letter!  I will be following that up tomorrow.  The 'system' (and I use that term VERY loosely) has also failed to respond to 2 previous emails, despite this being in breach of TT's complaints code, so I've added a complaint against non-compliance with the code as part of my case....and am now complaining about a complaint!

I keep on saying this, I know, but common sense dictates that if Pipex legacy emails are causing so much of an issue (to us as users, at least) with little visible improvement over MANY weeks (now going into months), then it's in everyone's interest to put the old nag down, and migrate legacy people to the 'new' platform.  It's TT, so that won't be perfect either, but at least we would be treated (at long last) like everyone else. If nothing else, it would be good to know WHY this can't happen.  Why are we being discriminated against as old legacy customers, when we were not asked if we ever wanted to be 'Business' Pipex customers in the dim and distant? Despite platitudes to the contrary, we are seen as second-class customers.

If you get anything like a firm answer to your question then I'll eat my best hat...but I don't think I need to get the pan and seasoning out just yet!  It'd be worth it though, if I'm wrong.

Of course, others may wish to escalate all this using the complaints code as well, although my experience (thus far) is not overly encouraging.

so when migration does take place all the email problems should end?

Any date yet for migration?

The pipex and talktalk systems are totally different. Until the pipex system users are migrated to the new platform they're basically on different platforms with different management etc.

Thanks for clarifying the matter

out of interest why are Oath rate limiting email from the pipex (and presumably other legacy) servers sending emails to them but not those sending emails from people with the standard talktalk.co.uk or talktalk.net email addresses?

Rate limiting is based on individual senders it's based on the Pipex domain servers. So whether you send 1 or 100 you may or may not be affected never, sometimes or everytime but it's chance.

Thanks stevesurrey. I see the problem. On another thread Gondola says that Oath now manages the emails for Yahoo, Btinternet, AOL and Sky and some others. Verizon(a big USA based multinational telecommunications company) owns Oath .

As a result any restriction Oath makes will ultimately have an effect on all those domains.

I presume Hotmail/Outlook.com is still managed by Microsoft.

One thing I don't understand about rate limiting is I send about one email a week at most to these addresses. I can see an Oath might want to restrict someone mass mailing to their mail servers from a given email/IP address but why should everyone be affected? Are they rate limiting all the email TalkTalk servers?