I have a HG633 Router, which has worked well for as long as I've had it. However, over the last week or so the speed I'm getting has dropped dramatically.

It isn't the fibre speed itself, as that is close to the maximum when using a wired connection.

Ordinarily, I get around 60-70Mbps wireless on the 5Ghz frequency (I've separated the 2.4Ghz and 5Ghz so we always get the faster speeds over wireless.)

Over the last week, the speed has dropped from 50Mbps, to 30Mbps, and yesterday to 4Mbps! If I restart the router, the speed manages about 35Mbps. The connection to the cabinet is almost 80Mbps, and wired network tests show around 75Mbps.

If I try the 2.4Ghz frequency, I might as well go back to dialup!

I've run a test on the TT help section, which didn't detect any line issues, but did tell me that the router is rather old and could need replacing.

Could it just be that these issues are because the router is old and knackered now??

If an OCR could help me get this problem sorted, that would be great!

I've also noticed that both frequencies are having a very large amount of packet errors - more than I've ever seen from a wireless router. (Screenshot attached.)

Additionally, the router instantly logs me out if I switch to another tab in my browser (which it's never done before.) 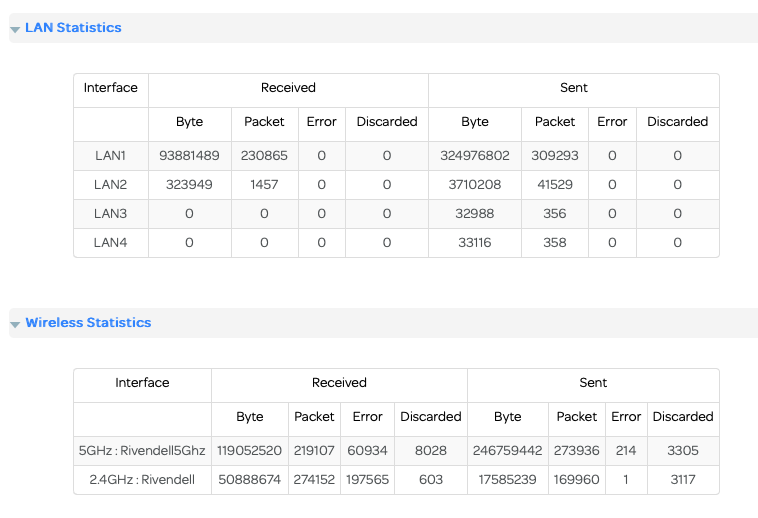 Are you able to test on a device connected by Ethernet cable to your router, rather than wireless?

I’ve already tested the wired connection, as I said in my original post:  “The connection to the cabinet is almost 80Mbps, and wired network tests show around 75Mbps.”

Unfortunately, a good wired connection cannot be obtained with my wireless only devices.

The fact that the wired connection is good, and the wireless is repeatedly slowing down is what leads me to suspect the router.

Additionally, I’ve tried changing the channel on the 5Ghz frequency to see if that helped. Setting the channel to anything other than ‘Auto’ causes the SSID to not appear on the list of available networks on my devices.

Apologies, missed the bit about you testing wired. Have you tried factory resetting the router? If not then I think this is worth a try

Yes, Ive now tried this twice, including once today.

After rebooting and also resetting, the speed goes back up for a short time - perhaps one or two days - before dropping intermittently again.

At just before 1pm today, the speed was down to 1.74Mbps! When I log in to the router, the actual line speed is close to 80Mbps, and a wired speediest produces a result of around 70Mbps. I did a factory reset and the wireless speed is currently around 40Mbps.

There's clearly something not working on the router somewhere!

I've also scanned for other networks that might be causing interference, but the router is doing a decent job of keeping to a channel that isn't used much by other networks.
0 Likes
Report Inappropriate Content Reply
Highlighted

Thanks for the additional information. Would you like us to send a 3782 router for testing purposes to see how the connection and speed compares?

That might be worth trying, but before we do that I’ve been doing some reading!

I’ve seen this thread: https://community.talktalk.co.uk/t5/Fibre-Broadband/DSL-3782-Router-Poor-Wi-FI-Performance/td-p/2266... whereby the router firmware was updated to v2.00t and that has improved the issue that person was having. I’ve also seen similar posts both here and elsewhere.

Can the router firmware be updated first, and I’ll test again? If it works, it will save having to send a router out.

I have a question about the 3782. Is it possible to give the 2.4Ghz bands and 5Ghz bands different SSIDs? I can do this on the 633 - and that’s how I know the 5Ghz band has a problem.
0 Likes
Report Inappropriate Content Reply
Highlighted

Please can you factory reset your router using the pin hole reset for ten seconds, I can then try and connect to your router to check the firmware version. 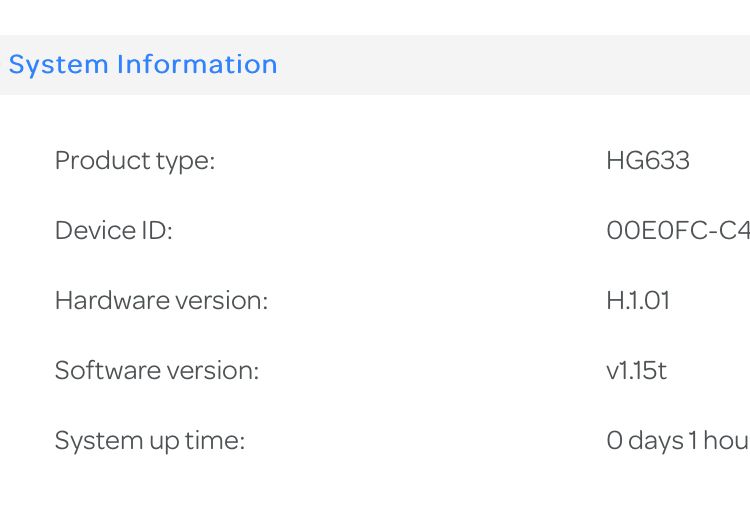 I did this the last time I did a reset, then I restored from a config file.

I noticed that I’d previously disabled remote management, so I’ve re-enabled that now.

I’ve attached a screenshot, where you can see that the current firmware version is 1.15t.

Thanks, I've updated the firmware to the latest version. Please let us know how the connection compares.

The good news is that a WiFi speed test produces a speed that is closer to what we’d expect, and is close to the connection speed.

Before the update, the line was connecting at around 90Mbps download and around 23Mbps upload IIRC.

Could the firmware update have caused a DLM reset in the cabinet? 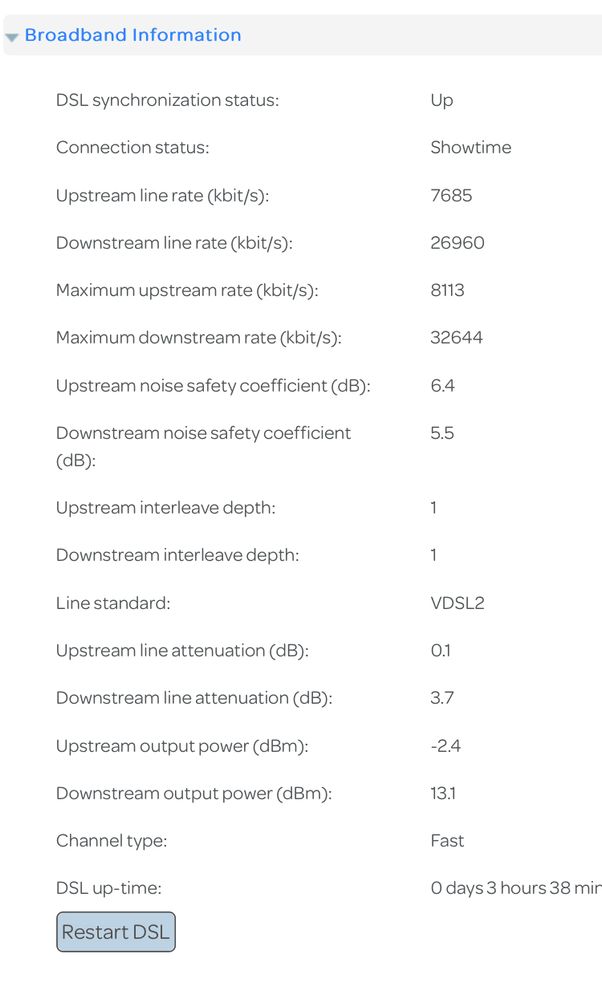 I’ve rebooted the router and the connection is back up to speed. We’re also seeing more realistic WiFi speeds over both bands.

Hopefully that will be the end of the problem. I’ll keep checking though over the next week or so, as the problem was intermittent to begin with.
0 Likes
Report Inappropriate Content Reply
Highlighted

Thanks for the update, just let us know if you experience any further problems