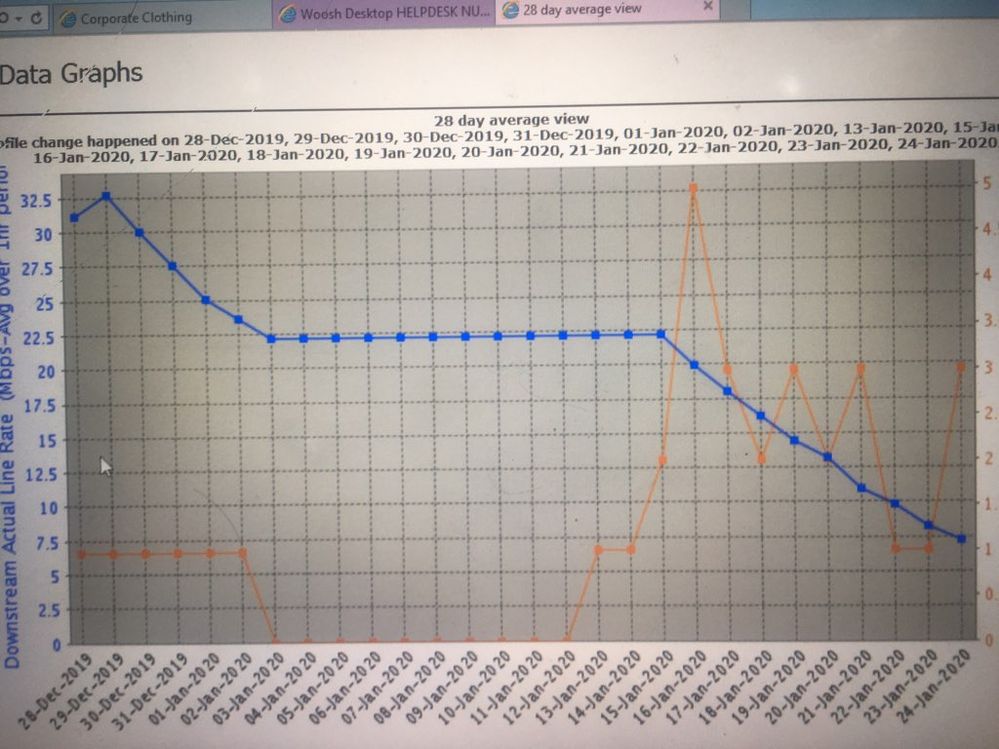 Just before Christmas I had a visit from a BT Engineer who managed to get my spped from 4/5 up to 20, which it had never been before. He also appeared to make the system more stable. He said there was no problem in the house and he went and worked his magic in the local "cabinet".

Since returning from a long Christmas break, everything is back to the way it was, plus, the internet goes down most days, sometimes for hours.

I am not getting the service I am paying for and would expect to be offered some sort of compensation such as a reduced rate until it is sorted?

I've completed a line test which has detected a possible fault.

Is your landline service working ok when making calls? Is the router connected at the test socket?

I can then pass this back to Openreach for further investigation.

As far as I can recollect I did reply to you message, but I have heard nothing since.

Most days I seem to lose internet for hours at a time which is totally unacceptable.

I would expect to at least get a reply, especially as you are aware that this has been going on for too long.

I should make it clear that i have nothing against any one personally but as a company you really are not fulfilling your obligations.

I am looking forward to hearing from someone soon.

Apologies, we don't appear to have a received a reply to my last post on 27/01.

Is your landline service working ok when making calls? Is the router connected at the test socket?

I can then pass this back to Openreach for further investigation.