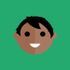 My account appears to be in limbo at the moment in regard to having my contract renewed. I've been in touch with talktalk on at least 5 different occasions over the past week and can't get a straight answer from anyone. I was going to leave talktalk for another provider but decided to stay.  As advised i cancelled the order with the other provider and i have confirmed on 2 separate occasions with the other provider that my broadband order was fully cancelled. So the issue appears to be at TalkTalks end. When i log into my account it refers to a pending order which is confusing me - i already have broadband fibre with Talktalk and i just want to setup a new contract as previously agreed with TalkTalk..

Feeling very frustrated about this as the last time  i spoke with someone from TalkTalk they said this issue would be escalated. That was 2 days ago and i haven't heard anything.

Can someone help and also provide me with details of TalkTalks complaints procedure.

I can confirm that your Transfer has been stopped, there is a delay with My Account updating as there is a stuck order stopping it.

I will contact the team responsible to fix this.

Sorry for any confusion.

Can someone let me know when this gets sorted?  Thanks.

Yes I will let you know when its completed

It looks like my contract has been renewed. Can you pm me about this thread as i have a question about the contract.