Apologies in advance for this lengthy post! Been with TT for 5 months now. Signed up for faster fibre with the speedboost. In the time I've been with TT I've never achieved the promised speeds, always been just above or just below guaranteed minimum. Anyway, after lots of problems with the TV service keep being added to my bill even though I didn't want it or request it, I had an email to confirm that TV had been removed, but also the speed boost had been removed!

I spent 2 hours on the phone last Thursday trying to find out why. First person said it was only for a limited period only and, even though I'd signed up to 18 months half price speed boost, it was only available for 3 months!!! The next advisor then said it was due to my line not being capable of faster speeds. Over the course of the 2 hours on the phone, line noise built up after around 15 minutes or so and was present throughout the remainder of the call and, near the end, the call disconnected twice! The final advisor I spoke with deemed there to be a fault with my line so had an Openreach engineer visit the following day.

The Openreach engineer said that the line sounded tinny at first but didn't witness the noise. But the noise isn't evident immediately, it's only after time. He also did a line speed check and said we were getting speeds of 38.4mbps which on a 40mbps line is excellent. 40mbps line? Was the Openreach engineer aware that I should have been receiving faster speeds? He went away saying that everything seemed OK but to get them back if we needed to!

After lots of telephone calls and webchats over the last week, TT have agreed I can terminate my contract without penalty as you can't supply the speeds I had signed up for and I'd been dropped to the medium fibre speeds (up to 36mbps). Whilst I can accept this, I would really rather stay if I could get a faster speed.

So, a couple of questions that I'd really appreciate honest answers:

find out if you can get virgin and see what the alternative offer is.

look at alternative broadband providers and speak to the loyalty team (you have to ring and get call reference numbers to make sure they are logged as forum chats don't count as complaints).

give them the opportunity to do some remedial work to get up to speed, ask to see if you are in deadlock, or authorisation (in writing), to leave without penalty.

then look at options with other providers. ask your neighbors for a look at their ookla stats and see what seems favourable within similar price brackets.

Thanks Chris, hopefully somebody will be calling me tomorrow to discuss this further.

I'm really sorry but as I've said, there is no option for me to add the speed boost. All I can suggest is as you have an open complaint, to discuss this with your Complaint Manager. Apologies again for any inconvenience

So following another lengthy telephone conversation with a TalkTalk advisor on Saturday, we've just had another visit from an Openreach engineer along with an Openreach area manager. They've run their tests and said everything is fine with the line and also confirmed that the line is indeed capable of the higher speeds as advised in email from Openreach. They said that the 38mbps speed they obtained on their test today is excellent for a "40/10" line but it doesn't need to be 40/10.

So, have TT throttled my speed? If Openreach say it's capable why have:

a) I never been getting those higher speeds?

b) I been paying for those higher "promised" speeds when they couldn't be acheived?

That’s interesting reading, thanks Mark. I’ll have a look at the Sam knows box later 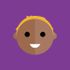 I've been with TT for several years, having my service gradually improve over the years through upgrades, complaints, openreach engineers, improved routers until after an openreach engineer had problems reconnecting me last november I finally reached 64Mb/s - it was good, I must admit.
But then, out of the blue a couple of months ago my bill suddenly jumped, stating that it was in readiness for being out of contract - but i had a minimum of another 12 months to run!!! So I thought, having 'renewed' - as you do after the previous speed drop and excuses and hours on the phone being passed around from customer services (really - you call that customer service!!) to technical support 9who struggle to support a football team - I used to maintain a network in a local major international insurer's Investment Technology (as we were called) with price feeds and so forth - I think i know what i'm talking about and when i'm being BS'd!
So i renewed, having found their latest advert (see attached) for Faster Fibre with speed boost (which was and currently hasn't been implemented - the screen says it has but no speed improvement yet.
I think the change in ownership combined with the trading standards rules changes have given them a 'get off the hook clause' WRT speed 'promises'
I have a theory that the speed output of their DSL equipment in the local exchange is being decreased to allow for additional customers to be connected.
On the phone complaining again this morning i was told I could get 64.7 - brilliant where was he measuring this???? I'm only getting 38 - over a wired connection with CAT6 cable and no other devices on.
Currently awaiting another callback
Just hang on in there and keep complaining
Lastly - sign up to a 'Sam Knows' box - its from Ofcom, gives analytics graphs over time and much more to beat them with. https://www.samknows.com/

I contacted Openreach, they said the following:

"I can confirm speed for your property address is high/low 62/44 mbps".

So surely the speed boost shouldn't have been removed?

In answer to your questions. To be honest I'm not really sure why the speed boost was removed, it may have automatically been removed when TV was removed. The problem is that unfortunately we have no option to re-add it if the estimated minimum speed is below 40Mbps.

Yes noise on the line can certainly affect connection speeds