Hi OCE's it seems sometime ago that awareness was raised of firmware quirks along with the VPN issue when using the D-Link 3782 router.

Then a few months ago a revised test firmware was released for a day or two to fix the VPN issue, this firmware was then withdrawn awaiting an official release.

The current firmware on this device was built in December 2016, so well over 12 months old.

The HG633 device has regular updates to improve its performance, around three or four incremental releases within the past twelve months.

Has the 3782 router been abandoned by TalkTalk, or do D-Link not work as closely with TalkTalk for firmware updates?

Any ideas when / if the 3782 will have an update to enable reliable VPN working and to also address the issues you are aware of via forum feedback?

Many thanks in advance.

Please can you create a new thread, we can then look into this further.

Talktalk must like wasting money I've just had two 3782's delivered one I can't access router settings the other let's me in occasionally and then very slow plus every morning I find that it drops internet connection now I find out about the software problems . Pretty annoyed why supply routers with untsable software ?

Will this update fix a couple of faults in my recently-supplied 3782, whose firmware is apparently > 3 years old? (Copyright D-Link 2015), namely:

2. Connected Clients list doesn't offer editing of anything other than IP address.

Our Products Team have advised that this firmware is still in testing and should be available some time in the New Year.

We're awaiting an update on this, we'll let you know when we have any more information.

Hi there. Any update on the firmware update for the D-Link 3782?

Apologies for this. It's currently going through the last stages of testing and we're hoping to be able to release this as soon as possible. Once it has been developed and tested we just trial it first to make sure it doesn't cause any other issues and once this is complete then we can start to roll this out.

I'm sorry again for the delay and I'll let you know as soon as I have timescales for this.

It looks as if Openreach testing can be pretty quick ...

So is the delay with TalkTalk ?

I really suspect that TalkTalk are putting all their efforts in to making in the new hub perform as expected. The 3782 will be the poor relation... New firmware to resolve VPN issues ( amongst others ) has been in the pipeline for around 18 months if I remember correctly.

Sadly for me the new TalkTalk Hub didn't perform as well as the 3782, so I am really hoping that TalkTalk release an updated firmware soon. Going back to a HG633 isnt an option as I need a device that can upload to MS Onedrive ( for example ) and maintain download throughput without having to mess around with settings that I dont have access to on my work devices.

Unfortunately still no timescales at the moment.

Any update on when the latest firmware for the D-Link 3782 will be released?

That is down to the OCEs manager, not me.

How many posts are 'enough' KeithFrench?  It would be useful to know!

Because you are in a position to find out?

TheHornedOne
Insightful One
In response to harbledown

What are you asking me for, I am just a customer.

TheHornedOne
Insightful One
In response to harbledown

What device / browser are you using @harbledown?

And I don't have anything under Privacy relating to Private Messages.

Thanks, but this is my page 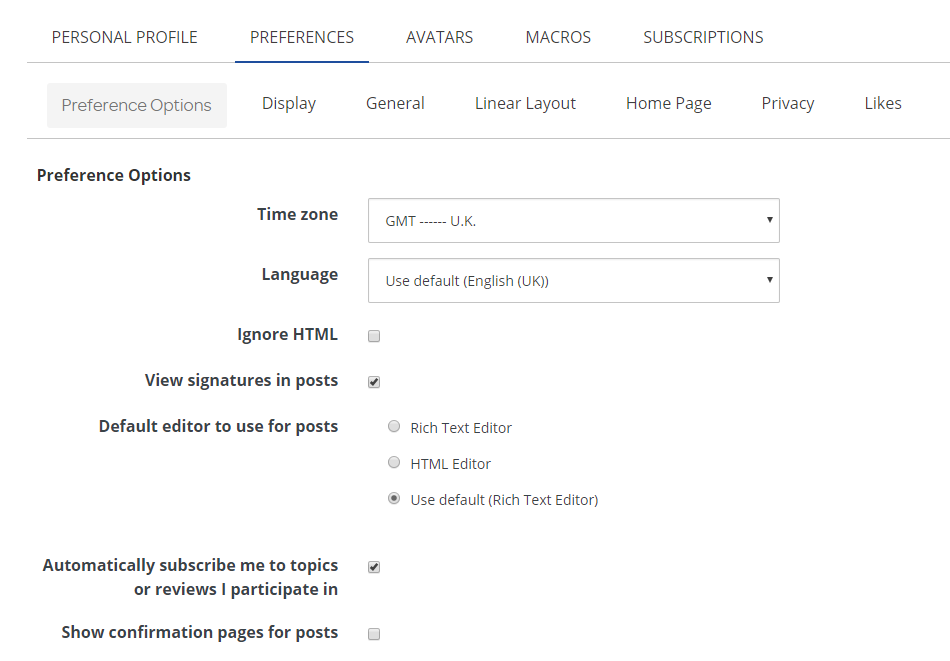