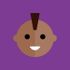 I have the router (WiFi Hub FAST5364 3.00 / SG4K10002816t) set to hand out custom DNS servers, which works for a day or if I'm lucky two. Then devices going to the router for DHCP start telling me there's 'no internet connectivity' however a couple of devices with static IP data carry on just fine which proves there really is connectivity. It feels like the router loses the ability to hand out the DNS servers over DHCP. After a reboot it's fine again, but I'm tired of having to reboot many times a week and it's cost me a couple of online meetings already.

Is there a newer firmware I should be on? Thanks for any ideas!

(Also, changing a device to hardcoded DNS, with that the only change, and no reboot to anything, fixes that device so I'm confident I've identified the issue)

I'm sorry to hear this. I can't currently connect to your router to check and update the router firmware. Could you try factory resetting the router and then re-setting this up again and let us know once this has been completed and we can try this again for you.

There is a workaround for the problem on your current firmware, by changing the DNS settings on the other screen in the router where you can amend the DNS settings that your router passes down to your devices when they connect to the router, I could provide more details on this if required. However if the team here are able to update your firmware for you then that is a much better fix.