Fibre Broadband doesn't appear to have been upgraded.

On 30th November I renewed my TalkTalk broadband package early as I wanted to upgrade to the Fibre 65 service. I did this online and at the time I was advised that I would receive email confirmation when my service was going "Live".

As of yet I haven't received any word from TalkTalk so have no idea if my service has or has not been upgraded to Fibre 65 yet.

I was originally on the Faster Fibre package, which I believe is now called Fibre 35, and as far as I'm aware the following are the average broadband speeds:
- Fibre 35: average speed of 38mbps
- Fibre 65: average speed of 67mbps

I have done several speedtests, one was on the TalkTalk site itself, and none of them match the above speeds.  The speeds I am getting are approx within the range of 30.1 - 32.1 download speed, and 9.5 - 10.4 upload speed.

Plus add in the fact that our Broadband service keeps dropping, lagging and is extremely unreliable at present, begs me to think that our service HAS NOT been upgraded.

Could someone please find out what is going on with my broadband service. Why it doesn't appear to have been upgraded, and why it is so awful and unreliable at present?

For info: Our router is the Sagemcom-FAST5364 router, and its software is up to date.

Would you like me to send a different router for testing to see how the wireless connection compares?

Everything we use in our house is connected via wifi.

Is the connection dropping on wired devices?

Regarding your drops in connection, do you know if the problem is with the router losing its connection to the internet (in which case a light on your router which is normally constantly lit will change colour or flash), or is it that you are losing Wi-Fi connection between your device(s) and your router (in which case the light(s) on the router will just carry on looking normal).

Do you have any ‘wired’ devices, do they also lose connection ?

If the problem appears to be the Wi-Fi dropping rather then the routers internet connection dropping then there are a few things you could try to see if it is Wi-Fi interference causing the problems.

Split the SSID's on the router, this will allow you to give the 2.4GHz and 5GHz networks different names, so your Wi-Fi devices will then see those two networks separately, you can then try connecting to one or the other to see if one gives a more reliable connection than the other.

If trying the above makes no difference then it may indicate an issue with the router, the staff here would be able to help with that. 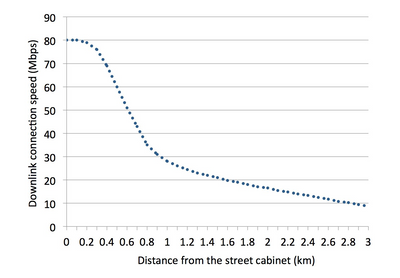 Fibre 35 and Fibre 65 are exactly the same product, the only difference is that Fibre 35 has a cap applied to the line to limit your speed to a maximum of 40mbps. So all upgrading to Fibre 65 does is remove that cap, so if your speed was not being limited by that cap in the first place then upgrading will give you no speed improvement at all.

When I signed up for Fibre 65 it stated: we would get an average speed of 67mbps.

The speeds you are stating are nothing close to 67mbps.

Also, why is the service so slow and problematic?
As mentioned before our service keeps lagging and dropping service throughout the day and night, at no specific times. I used to have no problem connecting my tablet wirelessly from my bedroom, but now it is near impossible to use my tablet upstairs as it doesn't connect to the internet, or it takes ages trying to connect, or it eventually connects and then drops the connection almost straightaway.

I understand that it has been a difficult year due to the Covid-19, and more people are working from home and therefore the internet is under a bit of strain, but surely that wouldn't mean that things like my tablet computer would just stop working wirelessly, and our service in general would be worse all day & night?

I've checked and the predicted speed range for your line is showing between 41 and 27.6mb, with a minimum guaranteed speed of 23mb.

Your line is currently in sync at 37.3mb. Your current speed is within the predicted range for your line.

I didn't have a telephone password set up, but I've just set one up, and then used the link you sent.

I'm just sending you a Private Message to confirm some details so I can check the predicted speed range for your line.

As mentioned before, we don't have a test socket.

Would it be possible to connect the router at the test socket for at least 48hrs to see if DLM starts to make any changes to the speed in this set up?

The download speeds I mentioned are the same speeds we were getting before we asked to be upgraded to Fibre 65.

My son plays a lot of online PlayStation games and he has said that whenever he does a connection test on his PS4, the download and upload speeds are exactly the same as they have always been.  Before we requested the upgrade to Fibre 65 my son says his download speed for the PS4 was upto 34mbps download, and between 5 - 7.5 upload, and these speeds HAVE NOT changed!

Meaning no increase in speed since supposedly being upgraded to Fibre 65.

I have already done an online service test and TalkTalk say nothing is wrong, and that everything is running as it should be.   We do have a landline, and there's nothing wrong with that either.

I don't understand what you are saying with regards to a test socket, but we don't have any other phone sockets.  All I know is that everything is connected via the usual microfilter and plugged into the BT phone socket in the wall.

Also my TalkTalk account states it is on Fibre 65, but I don't see how it can be as the speeds are exactly the same as before asking for the upgrade. And we are still getting lagging and dropping service throughout the day and night, at no specific times. Also I used to have no problem connecting my tablet wirelessly from my bedroom, but now it is near impossible as it doesn't connect at all, or takes ages trying to connect, or it eventually connects and then drops the connection almost straightaway.

We have also tried switching off and unplugging the router overnight, on two occasions, and this hasn't helped either.

The download speeds I mentioned are the same speeds we were getting before we asked to be upgraded to Fibre 65.

My son plays a lot of online PlayStation games and he has said that whenever he does a connection test on his PS4, the download and upload speeds are exactly the same as they have always been. Meaning no increase in speed since supposedly being upgraded to Fibre 65.

I have already done an online service test and TalkTalk say nothing is wrong, and that everything is running as it should be.

We do have a landline, and there's nothing wrong with that either.

I'm sorry for the delay. Does your master socket have a test socket? If it does then would it be possible to connect the microfilter, router and phone at the test socket to see if DLM starts to make any changes to the speed?

Although as you mentioned 10.4 then as that is only just above 10 that could potentially be within the margin of error of the speed test, so couldn't be 100% sure you were on Fibre 65.

If you have had an unstable connection recently then this can have a knock on effect on your speeds, so it may be that you have been upgraded, but your speeds are being limited due to the recent instability on your line.

It would be worth going to the Service Centre to do a test on your phone line, this will indicate if there is currently a fault on your line. You can also access this from the ‘My Account’ site.

Also, if you have a landline phone can you check to see if that is working normally (i.e. you have a clear dial tone and no noise on the line).

The TalkTalk staff on this community will be able to help, they will hopefully be able to respond to this post within a working day or two.