I switched to Talktalk back in Oct 2018 from Sky. While I was with Sky I never had any Issues with the speed of my fibre over a 4 year period.

Back in January we had some rewiring done at the property and started to get issues with disconnections.

This turned out to be an intermittent terminal in the new socket that the router was plugged in to.

Unfortunately this has caused my speed to be capped which I was unaware could happen with DLM. All faults have now been fixed for at least 4 months and yet my sync speed has still not increased from 34999 kbps.

I know this is splitting hairs, but my guaranteed speed from Talktalk is 35Mbps which is the absolute minimum that the BT Wholesale Checker says that my line is capable of receiving.

Given that before the problem with the dodgy socket that was causing disconnections that the sync speed was at least 45Mbps I belive that DLM has banded the line and become stuck.

So far I have had the faceplate on the master socket removed for the past 2 weeks and there has still not been a shift in the speed.

Please could somebody look into this for me.

How have you found the connection and speed over the weekend? 🙂

Believe it or not the network drivers on the only computer in the house that is wired to the router decided to have a moment. That's why I was getting faster throughput on wireless than wired.

I will monitor sync speed and interleave over the weekend.

You made me think with that last question.

Will let you know what I find.

Did you run this speed test on a device connected to your router by wifi or Ethernet cable?

I can see that the re-sync occured at about 04:30 interleaving was reduced to a depth of 697 down and remained at 1 (fastpath) up. Unfortunately throughput has dropped to 10.1 up and down. 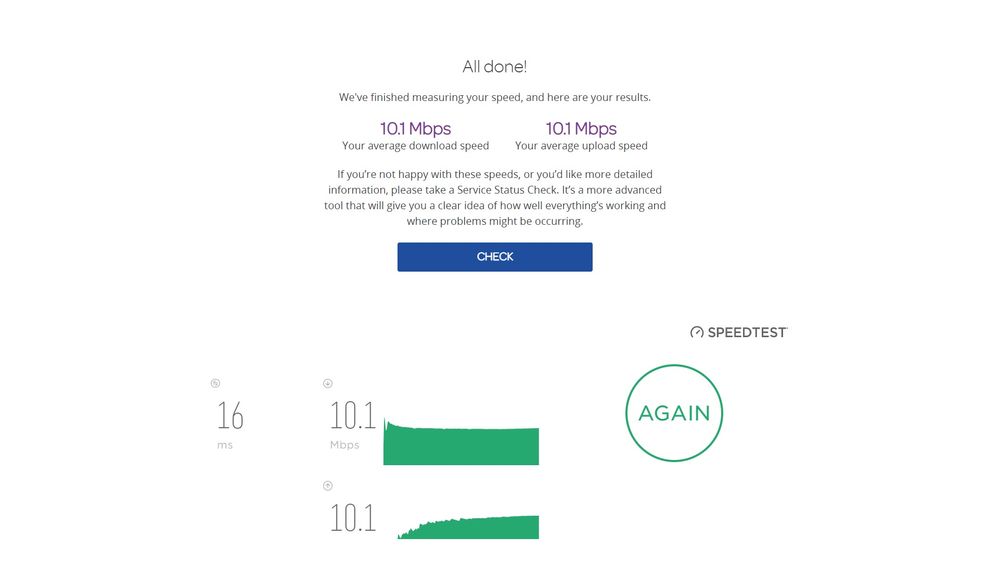 Thanks for trying that, if it's just a low background hiss then it should be OK. Your speed actually seems to be on the way up at the moment, DLM changed your profile in the early hours of this morning and sync speed is now 40Mbps. I think we should give it a few more days to see if there's any further improvement. Can you bump the thread on Monday and we'll see how you're getting on

My son says that there is a very quiet hiss in the background. I will admit that I can't hear it. This was carried out with a proper telephone (cabled) into the microfilter attached to the test socket.

OK thanks Rose, please let us know if your son can hear any noise on the line and we'll take it from there

The router is connected to the master socket through a microfilter. There is also a telephone connected to this microfilter at present. As for noise on the line there is nothing apparent but I am hard of hearing and my husband suffers from tinitus so I'll get one of my son's to listen later.

After the resync at 00:30 yesterday ping times have increased from about 5ms to 12ms but sync speed has stayed the same.

Are you experiencing any problems with your telephone service such as noise on the line?

I've just noticed that my connection has been interleaved as of about 00:30 this morning. This hasn't happened before. I have attached a snapshot showing stats. 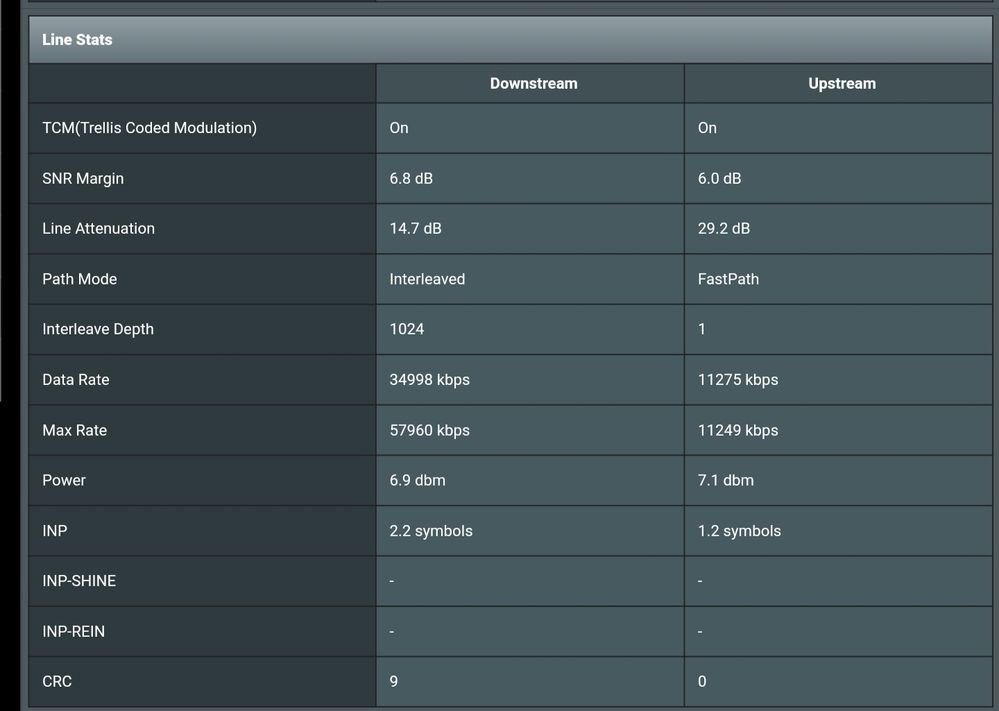 Sorry I should have been clear that I had tried other routers. 2 Drayteks with openreach sin 498 approved firmware and hardware (130 modem only and 2862 modem/router), Asus Dsl-ac68u and of course the newest iteration of the Talktalk router. The Asus and Talktalk sync at 34999 and the Drayteks sync at 34997. These have been tested at around 2 weeks apart with a direct connection with the faceplate removed. Obviously when changing the router there has been a slight dip in speed but usually after 24 hours the interleaving is set to 1 and fastpath is achieved. As one of the previous comments has suggested power downs of upto 2 hours have been tried.

I'm sorry to hear this. The line test hasn't detected a fault, do you have an alternative router that you can test with to see how the sync speed compares?