Message 2 of 27
Hi hubby says doesn't want to mess with fuse box just knows that when ALL sockets is turned off NO sockets upstairs or downstairs work and the cooker and garage are on seperate fuses - when can afford to get an electrician in will get them to check everything but not imperative I watch catch up tv in bedroom just annoying when talktalk said these adapters would definitely work - thanks everyone for trying to help though but seems nothing I can do personally is going to work!
0 Likes
Reply
Show option menu

Message 4 of 27
WOW thats a lot to take in....haha
Fuse box still marked up from when we moved in just never changed it - will get round to it one day!
Might take a few days to sort through suggestions as hubby working away but will get back as and when I can - thanks
0 Likes
Reply
Show option menu

Well we can see that the Consumer Unit is poorly/badly marked.

Circuits 3 and 4 appear to have 2+ RED wires each.  Suggestive of sockets.

Agreed you do have an MCB stating all sockets, but it doesn't say which 'ALL' sockets.

ALL excluding the Kitchen, any sockets in the Garage etc etc.

So turn off Circuit Breaker no 8 and find out what, if any effect it has.

Similarly isolate the Cooker circuit and note its effect.

Next isolate the Kitchen sockets.

This leaves the ALL Sockets MCB still active, check how many are active.

The big adapters with sockets are the first ones that replaced my original ones and the smaller network ones are the latest ones sent - sorry about pic of fuse box but fridge in way !! 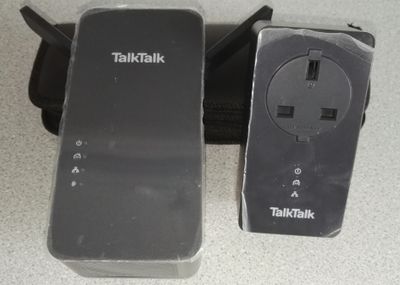 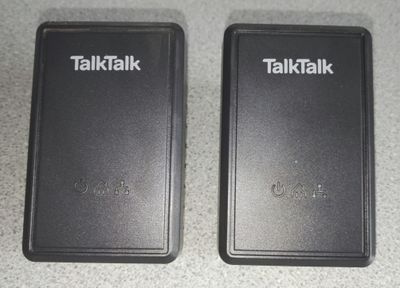 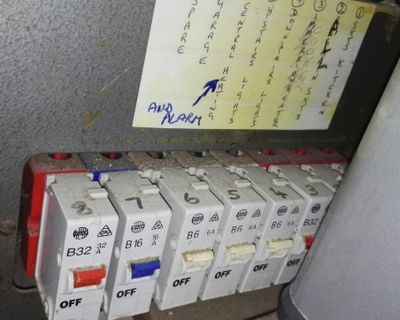 I was rather hoping for a coupla pictures by now so that a new train of thought could begin in my little brain box.

One of the fuse box and one of the adapters.

But heyho, over and out.

Are both adapters on the same ring main?

Thanks for getting in touch - if the PLA are in the same room they connect but if out of the same room just won't pair up - I have even bought a plug in socket tester and tested every socket in the house and it is reading every socket as working correctly so can't see it being a wiring problem so like you am even more confused!!

If this is happening with 2 different sets of PLA's then it does look as though it's a problem with the wiring. If you move the PLA's back to their original location do they still work?

Short of getting an electrician in, let me ask one of TalkTalk's OCEs to pick your thread up and investigate it for you.

The posts are responded to in time/date order, oldest first. Please try to avoid posting on here until TalkTalk have responded to you, otherwise, this will just put you further down the queue.

If you have a look at your electric consumer unit (fuse box or RCD circuit breakers). You will see that there will be marked one fuse/circuit breaker for the upstairs lights & another for the downstairs ones. If you look at ones labelled power, do you just have one, or is there one for upstairs & another for downstairs? This will prove if you are trying to use them on separate eclectic ring circuits.

As far as age goes I trump you.

However I am befuddled by ""extender powerline""  a link and/or a picture would help tremendously so I know what if anything to say.

Press the reset button - using a safety pin or something similar - on each adapter for 10 seconds whilst they are plugged in. Then pair the adapters again using the steps above.

Message 18 of 27
Hi that has just totally gone over my 63yr old female head....haha
Just needed a simple (like me!) explanation but thank you for trying to help - at the end of the day all I want to do is watch catch up tv in my bedroom when I'm feeling off colour - I have even moved my router from the room to the bottom of the stairs but they still won't pair up
0 Likes
Reply
Show option menu

There are things I would consider...

Can I use devolo products even if I have different electrical circuits in my house?

Yes, devolo products also work if you have multiple circuits (phases) in the house. You do not have to modify the mains supply, such as by installing a phase coupler.

What are the prerequisites for using dLAN®? Where are the limits?

dLAN® works throughout the entire mains supply network of the house or apartment, regardless of whether the building is old or new. Of course, the network has to be on the same wiring, and the wire length must not exceed 300 meters. However, different phases are not a problem. Power meters attenuate the signal strongly, but do not necessarily block it.