Speed down to 50Mbps again after about 6 months FTTC

I renewed my contract a while back in about october, and at the same time i had an openreach engineer come out and check my connection, to find that from my home the cabinet, there was one of the two wires disconnected.

This resolved the half speed issue i was having for a bout a 6 months to a year.

This seems to have happened again. Cat5 connected direcly to router, i get only 50Mbps, even though im paying for the higher speed connection, and really need it for my work. The connection is solid, but its lost almost half the connection speed.

I have tried all the usual - used router provided, switched back to my Draytek V130, but yet the speed is not far off of half. Even left the router pluged out over night...

I'm in a new build set of flats and i can see the cabinet from window, less that 100 meters away.

Can this be fixed again somehow?

Thanks for the update. How has the connection/speed been over the weekend?

Fixed itself it would seem.

breakz187_2
Chatterbox
In response to Chris-TalkTalk

An engineer came over, reset the connection from elsewhere, and the service went back up to 73Mbps. However, my connection, since this afternoon is experiencing alot of packet loss.

Is there an issue with the service for some reason? I have ran the line test etc, all checks out ok. 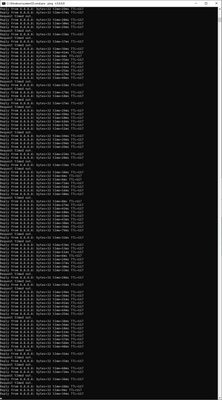 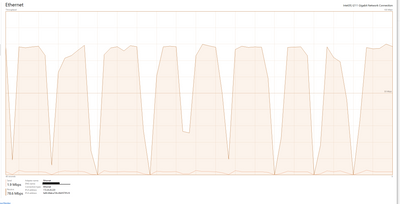 I've replied to your PM

Thanks for answering the security questions, I've sent you a PM requesting a little more information

If you'd like us to arrange the engineer visit can you confirm:

breakz187_2
Chatterbox
In response to Chris-TalkTalk

Can you cancel the BrightSparks thing - the interactive webpage chat arranged that - sound like a waste of time. I think OpenReach would be best set to fix this.

To investigate further we'll need to arrange an engineer visit. If you'd like us to do this please let us know and we'll confirm some details

breakz187_2
Chatterbox
In response to Michelle-TalkTalk

Its connected to the test socket with a laptop plugged straight in to the router, via a filter of course.

I have done numerous speed tests and it seem to be getting slower. 46/43

Router says its connected at 49.

I have tried another router, filter, cable etc. Also bought a cheap phone to test the dial tone, which sounds perfect.

I've run a test on the line now which hasn't detected a fault, however I can see that the sync speed has dropped. Just to confirm, is the router currently connected at the test socket? Is the voice service ok with no noise on the line?

Hi @breakz187 have you seen tried the service centre in my account?

Your post has been flagged for assistance and you should hear soon but please remember that the staff here work office hours. It could take a while to work through the backlog

I don't work here and all my opinions are my own.
2 Likes
Reply
Show option menu