Three BT engineers later and the disconnections have started again

This problem has been going on for a couple of years. Disconnects and dramatic collapses of download speed, originally after heavy rain.

The first engineer replaced the 48 year old cable between the post and our house and installed a new master socket. Evidently the cable between the pole and the cabinet is not even copper by "ally". He then ran out of time and changed his plan and when I told him the upload speed was constant, he went and did something in the cabinet. The problem cleared and the disconnects stopped and the speed increased and stabilised.

After a while the disconnects started again and the download speed went up and down, but the upload remained stable. The second engineer came but could not find anything wrong and so went to the cabinet and "did something". Again, the disconnects stopped and the speed increased.

Eventually the disconnects and speed loss came back and no longer coincided with heavy rain. Using speedtest.net, on one occasion I had a download speed of 1.1 and an upload speed so low it did not register. I carried out the checks available on the TT website, the checks found a problem and the TT website automatically booked an engineer for me. The engineer arrived but did not know why he was at my house. Again he could not find anything wrong at my house or with my equipment. He actually asked me to carry out a download speed check as his equipment was so old it could not cope with anything above 15!!. Once again, he went to the cabinet did something, reset the DLM, and speed and stability returned.

I have started getting disconnects again, sometimes more than once a day and the speed drops off and then regains itself. The DLM has started dropping the speed presumably because of the disconnects.

I have three routers, a 633, a 635 and a Hub, changing them does not solve the problem, three engineers have checked and approved my indoor equipment. The router is plugged into the master socket and is less than six feet away from it. On April 4th the downstream noise safety coefficient (db) displayed by the router was 33.2 the BT engineer said he did not understand what that meant as it was not a terminology used by BT.

TT have not closed out the last fault and my account service centre still shows an open case so I cannot go through the motions all over again. Could someone please clear the old open case that is still showing?

There have been several disconnects and speed fluctuations but now things have got silly. My download speed is now 1.  When a BT engineer arrives, they never know why they are here. They go through the usual tests, the last one asked me to carry out a test as his equipment was too old, When I tell them the download gets effected more than the upload, they have a lightbulb moment and go to "the cabinet" after which my speed is around 28. Over a period of time and disconnects is gradually slows down, now it is so slow I am having to use a mobile phone as a hot spot. 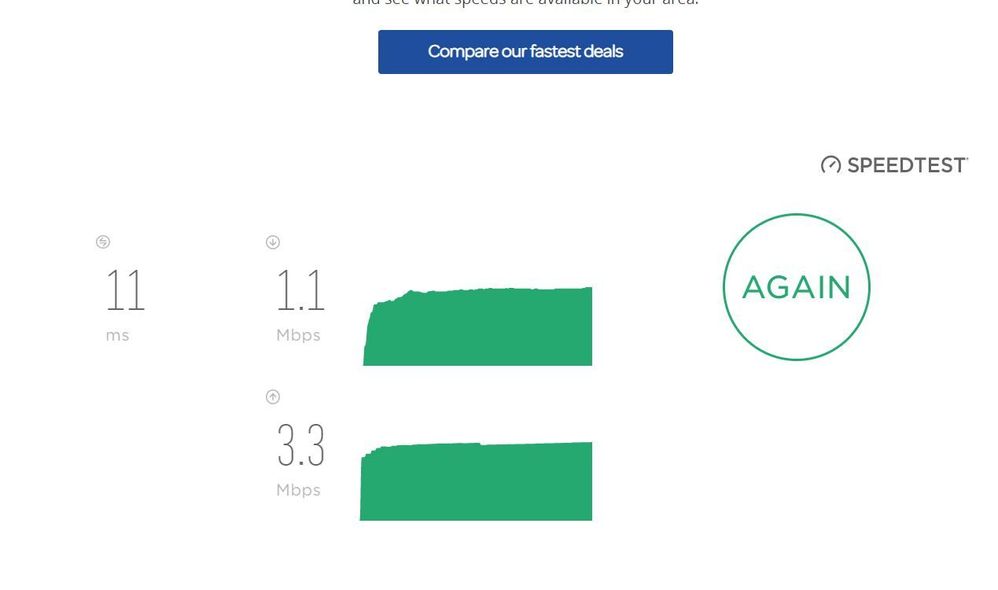 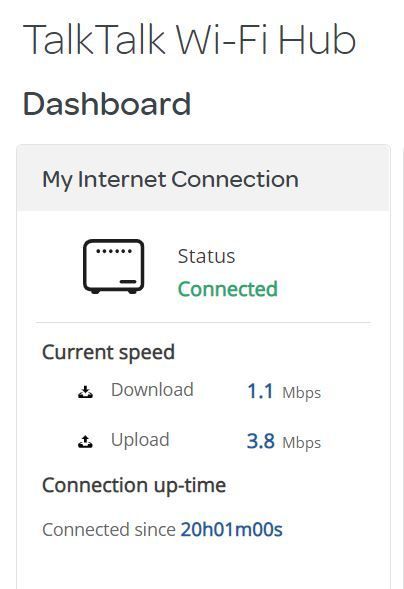 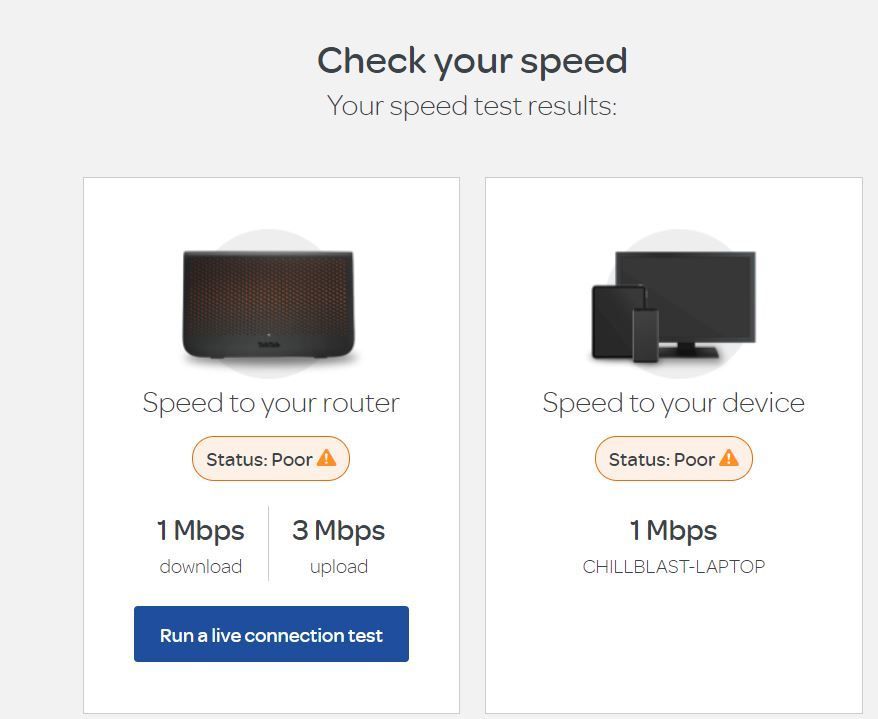 As the disconnect seem to be in clusters can we leave it a couple of days and when they start up again, I'll come straight back to you?

Thanks for the information. Would you like me to book the engineer now or do you want to give a couple of days to see if the connection stay stable or starts to drop again?

Hi @Chris-TalkTalk , I have replied to both requests. The disconnects seem to come in clusters, I was up to two disconnects a day at differing times, but have now gone two days without one. The most erratic thing seems to be the noise downstream safety coefficient (DB) on 04/04 it was 37.4 but the third BT engineer said he does not know what that means as BT use different terminology. Quite often I get the message connected but no internet, this happens across three different routers

Thanks for the PM, I've replied requesting a little more information

Sorry to be back yet again. Yes, I have tried all three routers and the disconnects happen with all of them. As three engineers have gone to the cabinet and made an improvement which lasted a few weeks I think the problem must be there. Are you able to clear the fault shown below as it may cause confusion if we start things all over again. It is showing in Track fault- your results 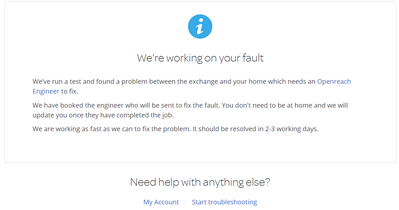 I'm really sorry to hear this. I've re-run the line test now which is clear, however I can see re-connections on the line. Can I just confirm, have you tested both the Sagemcom and Huawei Wifi Hubs? As the line test is clear the next step will be to arrange another engineer visit. Would you like us to arrange this for you? This doesn't mean that we definitely think their is a fault at the property, it is just that when the line test is clear the only option we have is to raise an appointed engineer visit who will check property first then outside the property.