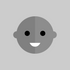 Hi, I have a long term problem that may possibly be connected to the DSL-3782 router.
My speeds massively reduce by at least 95% (from x10s of Mbps to x100s of Kbps) when using a reliable 'paid for' VPN (I have tried two different ones, both of which should work successfully as they did before using this router). I recently went on holiday and the speeds were fine using one of these VPNs using the local wifi which made me think that the DSL-3782 router or the associated config settings were to blame?

I am using the latest firmware 1.10t and the MTU is correctly set at 1500 as I am on 76MB fibre, on the same street as the exchange.

I've used ethernet, split the SSID, I'm using the master socket and I have reset the router to factory settings. I've contacted the VPN developers, I've bought a new laptop and experimented with different Windows 10 builds on different laptops.

It was only when I went on holiday using the same laptop and VPN that I realised that this VPN speed issue is nothing to do with my personal hardware/software or config.

Any thoughts or suggestions?

glad to hear the new router has helped.

Different router did the trick! VPN speeds are now where they should be so thank you.

Lost 20Mbps of my usual max download speed without VPN and with ethernet via master socket but it's very early days and I'm not one to complain about having 55Mps instead of 75Mbps.

Router now on the way.

I can send you a different make and model of router for testing, would you like me to arrange this?