We had a single lighting hitting out small village two days ago. This caused a lot of things to break. I lost two computers, a tv, and the TT router. Our neighbours, were affected similarly - their tvs, various broadbands - VM, BT, Sky, TT...

I suspected a fault with the curbside cabinet, but after some testing with my old router, all seemed working fine. I contacted TT and they have been testing the line, and stuff, and ultimately decided that they have to send an engineer to test the line, even when I told them that I think it is just a modem fault.

Obviously, I won't be staying home for 8 hours waiting for a visit that offers nought value, so I decided to not accept it.

What is the correct process in such case? May I actually expect the router to be replaced, somehow?

Anonymous
Not applicable
In response to Debbie-TalkTalk

Thanks for arranging for the replacement. I did not replied earlier until I managed to install the new router. Also a contributing factor may be that your courier of choice is warping time. 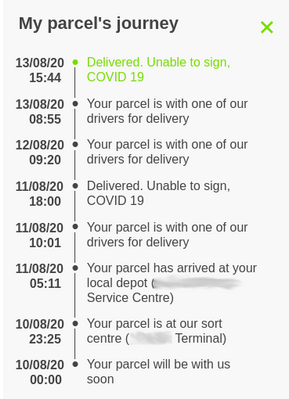 Anyways, all works fine, and probably the only remaining thing is to upgrade the fw, please.

You can use the one with adjustable LAN addressing, a bridge mode, and IPv6 enabled 🤡

I've ordered you a replacement router, please allow 24-48hrs for this to arrive.