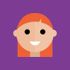 I had future fibre installed, have connected eero and gateway but VOIP phone will not work and the internet also keeps dropping out. I spoke to one of the talk talk team and they checked the line, the dropout rate was noted and I was told there was a fault on the line to the house and an engineer would come yesterday.  They did not arrive.  I have checked my account and through there  tested my line and it says my router is not recognised.  I have checked that the eero software is up to date and it is.  Whilst typing this I am also trying to contact the team through my mobile.

I'm sorry to hear that this is taking so long. Replacement routers usually arrives within a couple of working days so hopefully it will be with you soon

Update day 7.  Engineers from openreach arrived and replaced 'splice' externally in openreach socket.  They said the fault had cleared.  The VOIP phone line did still not work.  The engineers were unfamiliar with the eero or VOIP adaptor.   They had the same problems that I had had, no dial tone , then a dial tone that didn't ring out , engaged signal and even when line got through there was no sound.  They tried to get it to work.  Eventually after swopping cables and resetting adaptor it worked for a few calls.  (I had previously tried swopping cables etc).  The engineers left.  I made one phone call which cut off half way through.  One of the engineers was still outside so he came back in but the phone worked for the next call so he left.  The phone did not work after that so I spent 90 minutes on the chat line to what was supposedly the fibre team, I was told to ring the team in 30 minutes and the chat was closed.  I rang later in the afternoon waiting 30 mins to get a reply.  Eventually I spoke to Fabio who was very patient.  He is sending me a Wifi Hub 2 to try in place of the eero and grandstream adaptor.  I have to wait for that to arrive.  When I test my line on my account, it is still saying it doesn't recognise my router!  I would not have changed if I had known how much trouble I have had.  If this is resolved next week, I will give details and it might help someone else.

Thanks for the update and we will check back in with you following this to see how you are getting on.

Update day 6 of Future fibre.  Openreach did not resolve problem yesterday.  Light on openreach router that should have been solid was flashing so hoped that was them doing some work on the line but sadly no.  Spent 90 mins attempting to talk/chat  to future fibre team.  Eventually an engineer has been promised for tomorrow.  Watch this space.  I never had this much trouble with the old copper connection for broadband.  I did have a cross line on the landline which was never resolved so hoped cable would finally resolve it, well in a way it has because I have not been able to use the landline since cable installed !!!

I'm sorry to hear this and thanks for the update.

Update. Spoken to fibre team, Openreach say they have solved fault but nothing has changed.  Fibre team have reported to Openreach that there is still a problem.  Will update if solved or will keep on complaining.  Internet dropped out while I was trying to post this!! Try again.

I'm sorry to hear that. I'd recommend Live Chatting the Future Fibre Team directly as they will be able to look into this further for you. I've included a Help Guide below which has a link to Live Chat at the very bottom of the page.