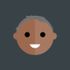 Hi.  Is this common? My landline stopped working the other day. It took 4 hours to get the line tested and a BT Openreach appointment made, for today between 1pm and 6pm. Engineers have not turned up, no-one has contacted us about this. Cannot use Chat to find out what has happened as yet again Chat is Busy. We have no other free days for a week for Openreach appointments (due to hospital appointments).

Rang Talktalk - they are trying to find out what Openreach is doing. But mobile call to Talktalk was cut off.

I'm sorry for the delay in responding. Please update your community profile to include your:

Great! Now sorted. I used Talktalk phone line for support, which took a couple of goes as I got cut off once and the line was never a good enough one to hear properly what they were saying. But they got a manager to contact BT Openreach and find out what was going on. Apparently the first engineer identified a fault that needed a second engineer with different skills to fix. Appointing the 2nd engineer would take 48 hours and it was about to be the weekend. So on 28th October they would get an update from Openreach.  BUT instead, that 2nd engineer turned up unexpectedly, without warning, and said he had found the fault, in the street somewhere, and had fixed it. So it took less than seven days for Talktalk and Openreach to sort it out.  But more than two days. Talktalk did reroute incoming calls to my payg mobile phone while the landline was out of action.

Thanks for the update, Glad its sorted.