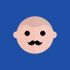 All that is about to change.

Providers of 070 numbers will have to change their business model. Currently, an 070 number can be used to forward calls onwards to almost anywhere in the world and it is the caller that pays the additional fees for that. From 1 October 2019, it will be the user of the 070 number that will be responsible for paying for the call forwarding, not the caller.

This move should see cheaper calls to personal numbers starting 070 and the eradication of a variety of scams on this number range, not least the Wangiri scam. It will also make identity fraud more difficult.

070 numbers are effectively untraceable call-forwarding numbers with no record of who they are registered to other than the telephone number of where the calls are forwarded to. This could be an unregistered mobile number in a far-flung country.

The requirement for the number user to start paying the call-forwarding fees means the user now has a traceable financial path and may need to provide ID to set up those payments.

As these changes are now only three weeks away, announcements should start to appear soon. These will be from two main sources. One will be from providers of 070 numbers detailing the changes as to how these numbers will work and how they will be paid for. The other will be retail landline and mobile providers updating their tariff sheets with new call charge rates as well as changes to the list of prefixes that count towards inclusive allowances.

Calls to numbers starting 080 and 116 are free-to-caller on landlines and mobiles.

The changes to 070 numbers are another step in Ofcom's long running review of non-geographic call services (NGCS). Previous steps have made multiple changes to numbers starting 03, 080, 084, 087, 09, 116 and 118, among others. Very few anomalies remain. Future steps may include changes to the 055, 056 and 076 number ranges, all of which incur non-standard call charges (but are not premium rate). The 0500 range was discontinued several years ago.

Ofcom has recently made a number of updates and corrections to their call charges page at:

In particular, the section for 070 numbers now includes the additional wording:

"From 1 October 2019, we will cap wholesale charges for connecting calls to 070 numbers. We expect this will allow phone companies to price calls to these numbers or include them in call allowances in the same way that they do for calls to mobiles."

Given all of the above, what will TalkTalk be doing on 1 October 2019?

Two weeks has elapsed since the question was asked. There is now just one week to go to find out what TalkTalk will do on 1 October 2019.

The answer is in UK call costs published by TalkTalk on 1 September 2019.

From that, I deduce that TalkTalk has decided to not comply with Ofcom's published expectation that calls to numbers starting 070 will be included in call allowances on the same basis as calls to UK mobile numbers.

That would seem surprising.