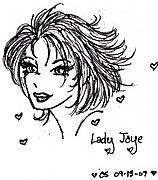 I have a dead phone line!! Broadband works fine. The phone line went dead last Friday. I called the customer service and was told that the line was fine after they ran a test. I borrowed working phone from my sister with the phone cable and still it didn’t work!

I called Talktalk customer service for the second and I was told that there is a mass outage in the area!

Today after 5 days i called the Talktalk customer service for the 3rd time after running out of patience. I was again told that there is an mass outage in our area. Seriously!! After showing my frustration the lady decided to run many many tests and came to conclusion that there is a fault!! Even after explaining to her that we have done all the possible test and tested it with a different working phone and cable, she kept insisting that there might be setup problem!

she said said she can not book Openreach engineer and have to book a Talktalk engineer to come and check equipment and the setup. I will be charged £40 but can be claimed back if there is no equipment or setup fault!! Frustrated!!!!!!!! She also said that only the Talktalk engineer can escalate the fault after visiting the property!! HOPE YOU ARE READING BETWEEN THE LINE how frustrated I am!!

After not agreeing to pay £40 before the visit she put me on hold and spoke to her ‘team leader’ and was told that they will now charge only if they’re was faulty equipment or incorrect setup! Not having any choice than to book first book a Talktalk engineer, we asked her to go ahead with the booking. After put us on hold she got back to me tell me that there is a problem in their system and I should call after 2 hours to book. I told her to call back but she said they cannot make outgoing calls. This is after being on the phone for 45mins.

When I moved to this property 3 months ago, I had the same issue of  broadband working but the phone line was not. You can have a look at my last post.

I am tired of calling, can some book the Openreach engineer or someone to call me from CEO office??

I have no words to describe my frustration and disappointment!!

I've sent you another PM requesting a little more information

Message 3 of 7
Thank you Chris!

I have replied to you PM. I forgot to mention that I would prefer earliest appointment, I don’t mind the timing.

If you'd like us to arrange an engineer visit can you confirm:

Thank you so so much for getting back so quickly!

The phone line is dead, no sound, no dial tone just blank.

The phone and router is connected directly to the Master Socket 5C MK4. Yes I have tested on many times using the test socket (with the faceplate removed). Still same!

I'm really sorry about this

I've just run a line test and it's not picking up any issues. Could you confirm that the line is dead with your telephone connected to your Test Socket if you have one, and we'll book an Openreach engineer