Length of time before voicemail activates

Im just wondering if anyone else has the same issue.

Im pretty sure it was working fine before the single ringtone saga.

Because of the length of time its taking to goto voicemail most people are hanging up thinking I no longer have it.

Now according to TalkTalk this timing is set cant be changed so I know its nothing my end.

I cant help but wonder if its releated to the change over to Metaswitch.

That's what I'm saying he's replaced it but it hasn't changed anything.

His reasoning for doing it was we change them all now as there easier to work on. 🤔

I'm sorry to hear this and hopefully the engineer will get to the bottom of this shortly. If the socket was replaced as they believe it is related to a fault then possible engineer charges shouldn't apply.

Well so far he's been on it and for about and hour and a half and no joy as yet.

He's done some checks in the house and found nothing and so has gone of to the cabinet up the road.

My biggest concern currently is that he's changed my master socket to the latest and greatest one which apparently they have to do now as it makes them easier to work on.

I don't have an issue with that and it hasn't fixed the problem but you do hear about other people who have had the socket changed and then they have been charged for the privilge despite there being nothing wrong with their original one.

I'm sorry to hear this and please let us know how you get on today.

I was out for the day and my husband told me that he had noticed a new message on the phone by the intermittent dialling tone and had dialled 1571 to obtain the new message!  ie it had pre-empted the answering machine! That is how I found out that the number of rings TT voicemail allows before taking a message has changed. So who knows what is going on!

Well im glad at least it wasnt me just going mad with this issue.

I wonder how many other people have had it and not realised or are just not bothered about reporting it.

At least you didnt spend any unnecessary money on a new phone.

Mine also seemed to fix itself by apparently nobody at TalkTalk doing anything which I find hard to believe.

Sadly later the same day my phone wouldnt work at all and still doesnt now.

I have an engineer booked for tomorrow morning so I hope they can sort it as im a bit fedup with all the issues now.

TalkTalk havent covered themsleves in glory at all this year starting with the ridlicious amount of time it took to resolve the single ring tone issue, then the fixed price contracts going out of the window and then for me at least the voice mail issues and now being unable to make and recieve calls.

And for other people I see there being charged £50 for equipment that has been returned and even been given the tracking number to prove it has been which is simply outrageous and unaceptable.

It's like they sort one issue and decide to create a few more.

I can see yet another call to the ceo's office coming up. 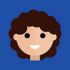 I was out for the day and my husband told me that he had noticed a new message on the phone by the intermittent dialling tone and had dialled 1571 to obtain the new message!  ie it had pre-empted the answering machine! That is how I found out that the number of rings TT voicemail allows before taking a message has changed. So who knows what is going on!

I'm sorry to hear this and please let us know how you get on.

Intresting I got a phone call regarding my voicemail issue which was technically resolved athlough they couldnt tell me what was done to fix the issue. 🤔

Anyway while I was speaking to them I explained my current issue and they ran some tests and have concluded that there is a fault and I need an engineer that has been booked in for Monday morning.

I did explain about the message in the service status but because I have a dialtone they believe its a different issue.

I guess I will just have to keep trying it to see if it is resolved and if not fingers crossed the engineer can sort it on monday morning.

I'm sorry to hear that and hopefully the engineers will be able to resolve the fault as soon as possible.

I see it had an update to say as from 7am some customers have now got there service restored but sadly im not one nof those.

I will keep trying it through the day.

We'll continue to update our Service Status Page as soon as we know more.

Thank you for letting me know that.

I was more concerned that someone had been tinkering with my account behind the scenes and changed something but you have put my mind at ease there so apologies for thinking that.

Fingers crossed its all back working ok tomorrow worst case. 👍

We have an incident raised this evening for some customers reporting phone issues.  Our incidents teams are investigating.

Ok I have lost my sense of humor now.

Despite have a dialtone I cant make calls.

I type the number in but it never rings.

And if I ring the house of my mobile it goes straight to voicemail and doesnt ring at all.

I have unplugged my phone and tried ringing but the fault remains.

Can someone look into this please.

I have just retested it and it's now working correctly.

Not sure what caused the issue or whats fixed it but at least it's sorted.

I will keep an eye on it in case it reoccurs.

Thank you for your help.

My colleague has tested this and it connected after 7 rings. Can I just confirm, does it ring 11 times in the property or when you're listening to it ring when you call the line? (if this makes sense)

Thanks for confirming. I'll do some testing and will get back to you.

Can I just check, does your phone have a built in answer machine?

My phone does have a built in answer phone but it is not used and never has been.

If I unplug the phone and ring the house it still takes around 11 rings / 34 seconds before the voicemail kicks in.

Can I just check, does your phone have a built in answer machine?