I called talk talk afterwards and after spening 20 minutes on the call I got nowwhere.  "we will protect you"  / "we will never give your details out" / "you're account is safe".  There is no detail there about how they got my account number or what I or indeed they should do about it.

Not very happy and now concerned for my online security.

I can't say how they may have obtained your account number, but as TalkTalk advise that they would never use that to identify you then you know straight away that it is a scammer.

Thank you for the response.  I was hoping talktalk might have some advice about changing my account number or passwords or something.  There was no advice - however I was conscious they may of thought I was a scammer!

I have been at this for months. I am certain that someone inside of talktalk is selling off customer details to these scammers. Maybe not bank details but this is the start. I have had numerous conversations and emails with custoemr sevices agents what a laugh. They just give me all the usual advice I can reognise a scam call by yhe numbers on my caller display. I have even spken to someone from the CEO's office allegedly. All they say is that I am wrong. I know enough about computers to know that internal security in talktalk is not very good. We all know about the corruption there is in non UK call centre. It is about time talktalk opened their eyes and started caring about their custamers.

I agree with you that I also believe somebody inside Talk Talk is selling details on to third parties.

I am in two minds whether to move elsewhere, the only troble is I would have to change numbers to get rid of the scam phone calls.

Genuinely worried about Talk Talk now - it's always them in the press who are affected by hackers:

Why is this?  Are they a soft touch?  When my contract expires I'm off.

This is what one of the web pages show...

Due to some technical problem in our server, we didn't secure your internet connection by untrusted websites.

It wasn't your fault. Actually it was our fault, that's why we are just going to help you out by THESE WAYS.

We are just going to fix your computer in free of cost.

And paying you the penalty charges of the amount of 125 GBP.

And it's a very complicated process, So you must need to connect with our technicians.

And We also have a partnership with the

Appalling English let alone anything else. Or is that the usual standard from a TalkTalk Off-Shore help desk? Which one do you think!!

These scammers have my genuine account number and initially appeared possibly genuine. They wanted me to put PC on and apparently they'd then seek to get remote access to grab passwords, bank login details etc. Obviously their call did not get that far with me.
If you get a call from 'Mary' or 'Alan' purporting to be TalkTalk, check to see if they have any valid customer reference numbers as this indicates the source of their data apparently.

More info below in case it's of help...
Have rec'd numerous calls from asian (Indian accent) 'Alan' and 'Mary', claiming to be Talk Talk Technical Department. Initially my phone detected "No number". Call was answered by my son and as we've had problems with the TT service he thought call could have been genuine and asked them to call back 😞
I answered phone today. Caller claimed to be TT Technical Department and gave my correct TT account number as evidence of their voracity. (Although I did not confirm it was correct, this worries me as no-one other than me or TT should have that information.) Caller with indian accent (and real or virtual sound of call centre in background), claimed that TT were receiving error reports from the router that meant there was severe problems on the line that were also corrupting files on PC hard disk. Not believing that TT would ever call me to be helpful I asked for details of the error messages they were receiving, but 'Mary' repeated that she was from TT and was simply trying to help. She passed me to the 'manager of the technical department'. A man with Indian accent, 'Alan', claimed that the error was serious and was corrupting computers on my home network - laptops and PCs. At this stage I had serious doubts that the call was genuine. I continued to press for details and told them I had technical knowledge of telecoms security (I don't) and at this point they hung up. I reported the call to TalkTalk.
An hour later they rang again!! Being more aware I wanted to know what info they had on me. They could not name the TT account holder name, nor state when I last had contact with TT, or when I had last reported a fault. They refused to give a phone number, getting quite belligerent with me and stating "we are using the interweb so we have no number"!
I finished the call and also spoke to TT again. They're now put caller-id on , hence my finding this number and reports from others.
Caller: 'Alan' and 'Mary'

However, I'm really concerned that this info and related phone number is in circulation - it has to have 'escaped' from TT illegitimately but tere seems to be no concern when I've spoken to TT!!
I'm currently dealing with TT for a service problem and when I've asked them to give me some data to establish that the call is genuine tey are unable to do so. Eventually, after a long discussion, the last 'service manager' I spoke to said that they have no protocol to do so. Why not?!? Like the scammers they would not give any info, just kept repeating that they would ask for my info such as postcode, etc!! Beyond frustrating!!
I also tink they shold alert people to these calls, eg via social media. In very recen conversations I've found two friends who are TT customers and both had rec'd calls from 'Indian Alan'.
Not happy to provide personal information that may be made public, especially when it's TalkTalk managing (sic) the security of that information. Absolutely WON'T provide DOB!! That's unnecessary when you have relevant TalkTalk main email address and landline number. Surely requiring unnecessary information is not in line with UK DPA?
0 Likes
Report Inappropriate Content Reply
Highlighted

I have been on to talktalk aboout this for ages have even spoken to someone from CEO's offfice all they say is that it is no one in talk talk selling off customer details. What a laugh who else is it? I would like to know how good security is in the call centres especially in India, the security is probably involved in the whole business. An old question who chwcks the checkers?

Fact is I have lost faith in Talk Talk and will be leaving next year.  Who is better?  I am thinking of going to BT.

Yes I am having the same thing apart from not being quoted my account number. When I try to phone back, either number is not recognised, or same story about issues with my router......... Trying to talk to ANYONE at Talk Talk is a mission and I am totally dissatisfied with this lack of attention or reassurance. May have to change IP soon
0 Likes
Report Inappropriate Content Reply
Highlighted

Yes I hoped to get some advice, non forthcoming as no response to my call or other attempts to contact Talk Talk. I've had enough!!
0 Likes
Report Inappropriate Content Reply
Highlighted

I've had 3 scam calls this morning with a chinese women telling me my interenet service will be disconnected today unless I press 1. One of the numbers displayed is a window cleaning company in Northamptonshire ! Of course I put the phone down. 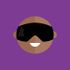 I had similar problems and likewise was very concerned about my correct account number and phone number being out there. Despite innumerable calls to TT support, as well as online chat & Twitter, NOT ONCE have talktalk admitted that they have had data leaks - they won't admit liability. Nevertheless they are, under contract law, wholly responsible. Here's a few articles, and a simple google will find many more. I also saw a short news report or documentary on this a few years ago - Channel 4 I think...
https://www.bbc.co.uk/news/technology-39177981
https://www.youtube.com/watch?v=vHwGilwR2I8
https://geoffwhite.tech/inside-the-scam-factory/
Anyway, what to do ...
I have had huge fun wasting the time of these people when I was housebound with ill-health. Many ways to do this including saying I'm doing what they ask, but only after very many ignorant questions, including what they meant by any vaguely technical word.
However, once bored by this I've had talktalk call-safe put on the line which interupts all new callers to my line (see their web for info). The calls have stopped - not one since call-safe went on. Gotta say Talktlk help (online & on phone) did NOT suggest this to me, although they could have. I learned about it from a friend who had also had similar calls from Indian folk with odd English / Irish names.
0 Likes
Report Inappropriate Content Reply