Netflix has delivered the biopic of Barack Obama's earlier life, the story of his teenage years as Barry or as he's called throughout Mr Invisible.

The story is dark and portrayed throughout on the streets facing trials of culture, heritage, and the need to fit in. It portrays the man who would eventually grow up to be president from his roots and his very normal life style.

Be prepared to see the now swish and calm collected president swapped for a confused man trying to make his way in the world. It remains away from politics for the most part and focusses heavily on the relationships of his earlier years.

For bonus points you'll see the now POTUS character in a sex scene, smoking, breaking the law, and nerdfully chasing the ladys.

It's a bit slow and rather bland story wise but I imagine it had the struggle of having to be true to the real story. If you have an interest in the history of Barack Obama it's worth a watch. Its possibly good as a background video if your pottering about too. 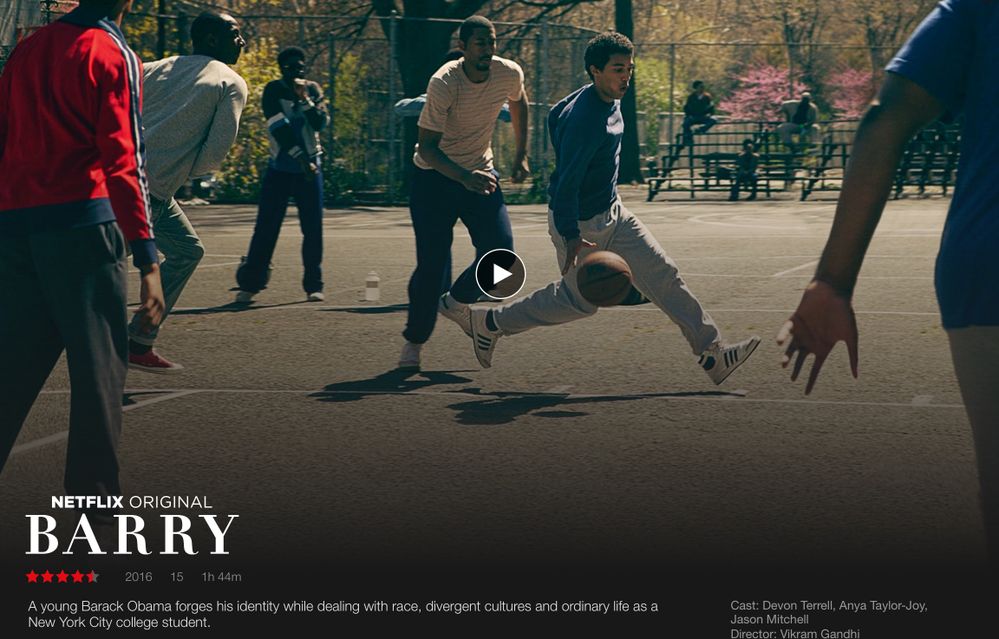