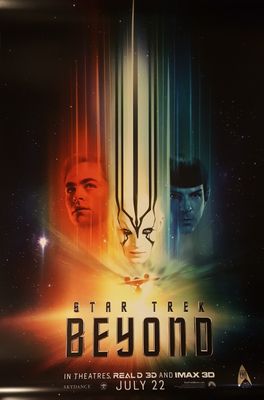 I went to the cinema to see this yesterday.  Good film, i would say wasn't like the others.  There wasn't much of a story and would say it was like an action film set in space.  There was a nod to Leonard Nimoy in the film and at the end credits, there was message for Anton Yelchin who played Chekov, who died in an accident.

Overall i enjoyed it and give it 8/10

Message 1 of 2
Preferred this to the previous Trek Movie .. i'm not normally one for special effects, as i feel they often disguise a lack of a decent script and/or plot, but this was gauged just right, it wasn't gratuitous and i enjoyed the film very much