On Sky Movies Star Wars you'll find The Force Awakens playing at least once a day this holiday season.

It's the seventh installment in the series and the 'latest' in the saga even though Rogue One has just come out it is set prior to The Force Awakens.

In this movie you'll be introduced to new bad guys such as Kylo Ren, and new good guys such as 'The Resistance' the updated verion of the Rebellion. It features top of the range CGI and visual effects, an ehiliratingly quick story line with plenty comedy and link backs to the movies before it.

It kicks off the newbies in their trilogy of movies that Disney has lined up for them and stays true to the feelings of the original films. 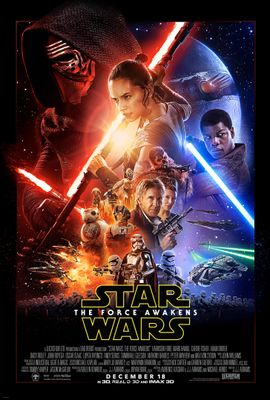 Message 2 of 3
I was worried Disney may bomb the movie but they didn't do too bad I guess
Stephen, Community Manager
0 Likes
Reply
Show option menu