The Man In The High Castle

Just finished season 2 of this excellent Drama, based on an original novel by Philip K Dick.

The Story does twist your head a little, so you have to stick with it, but the acting is solid.

This is set in a future where Germany won the war, and America is now mostly controlled by Nazi Germany, with the west coast controlled by Japan.

A small faction of resistance is fighting back, and disseminating movies that show a different future, one where the allies won the war and Nazi Germany was defeated.  The movies are eagerly sought by both sides as well as the rumoured source of these, the mysterious Man in the High Castle.  If you have a Prime subscription, well worth a watch. 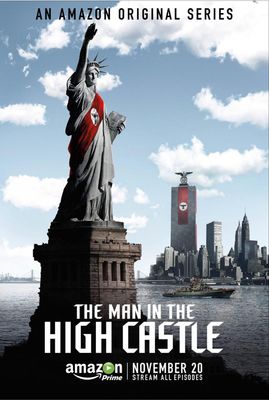 I watch a few eps of season 1 and couldn't get into it.  Probably not my type of show really.

I liked the premise when I read about it, then saw the pilot episode and was a bit underwhelmed. I know that sometimes you have to commit a bit though, so given what Karl said I might have another go. Shouting AWESOME is unlikely to persuade anyone I'm afraid!  :smileytongue: