Calling all HG633 Router users we have a new trial for you...

Update - 8th January, We've had a great response to our trial however it is now closed to new entries. We'd like to thank everyone who's registered their interest in the trial.

We're working on a significant firmware update for the Huawei HG633 router. It includes improvements to broadband and Wi-Fi as well as bug fixes and we're looking for volunteers to try it out first and feedback on their experience.

What's in it for me?

Am I eligible to take part in the trial?

If you answered YES to all of the above then you are eligible to take part and we are excited to hear from you!

Please sign up by the 8th of January as we're starting the trial in the new year - Terms and conditions apply.

If you have any questions about the Trial, please e-mail TalkTalktrials@TalkTalkplc.com with HG633 Firmware Trial in the Subject field. 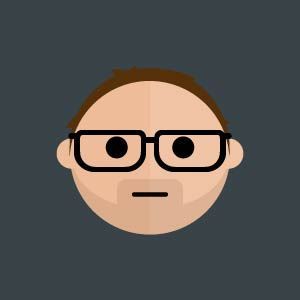 I do not have this router

I have tried to sign up for the Router (HG633) Firmware trial,Unfortunately the web page at research.net keeps failing & coming up we're sorry it looks like we've slipped.

If I join this scheme how technical do you expect me to be to answer the questions posed at the end. I am not a technical person and some of the jargon used by techies leaves me cold as I have no idea what is being talked about. I am a user it either works or it doesn't and I am happy it if it is working and I am not sure how it can work any better with the tweeks you are talking about putting in and how I will measure these "improvements".

I would like to take part please. Anything to help make my internet better. 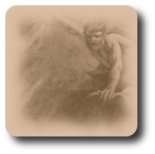 Hey Guys,  Thanks for the comments and sorry to hear you've had issues accessing the survey @zeus_olympios @moxy51 I'cew flagged with the trials team, will keep you posted once I hear back. @centreline You won't need to do anything other than use your internet as you normally do today and complete some surveys to tell us how things went and that's pretty much it. @Simon0 Thanks for taking part 🙂

Do you have a copy of release notes and testing script to demonstrate that the software will work appropriately.

How Have they been tested to ensure they work abd dont have intermittent drop outs (dhcp time-outs on wan side).

Hi Stephen. Keen to help with the trial but we work from home and can't afford to have downtime with timeouts, dropouts. Can you reassure me that this won't happen with the new firmware - we have been v pleased with the recent upgrade which seems much more stable.

You have stated that the new software would be able to improve wifi, dropouts/stability, do you think it will have any other improvements:

will dns be fixed to talktalk provided/locked settings, similar to how dlink is now?

Will the software be better at logging what is happening on the router, and logs able to be shipped off box to a local syslog server.

Will snmp management be available (which version), so people can use mrtg to see bandwidth utilisation and throughput. (Will there be stats for packet counts on the wan interface to see that traffic is currently passing).

Will mtu be available to configure on the router, and translation on the router to adjust as traffic goes through?

Dhcp timeout for wan interface tolerance of late response and  increased renewal time so not having to renew address every 20 mins.

Guidance on modifications that would/will be done via tr069 in addition to software upgrades (remote config changes and how is authorisation gained or denied for them).

Do you also have current test results or known issues so that issues noted and reported would be able to be correlated with existing known bugs.

Would you consider sending test router so can swap out if experiencing issues or need to return to a "reliable stable solution". When upgrade to 1.20 happened it wasn't possible to downgrade back to previous software, and was forced to suffer months of disruption prior to later releases and action taken to modify router config.

Will ipv6 be off by default?