Together we're beating the Scammers!

It’s been almost a year since I was appointed as Head of Scam Prevention with a tough challenge ahead to protect our customers and prevent them falling prey to scammers. Thanks to the ideas submitted by our online community members, we're able to deliver what really matters to our customers.

Our community member Charlie99 submitted an idea to increase the amount of numbers that can be blocked in the Last Call Barring Feature. I'm pleased to confirm we've increased this from 10 numbers to 100. Don't forget you can block scam callers by simply dialling 14258

We have also delivered a number of other improvements in this calling feature, which includes:

We've also read frustrated comments from customers who couldn’t report the scam online because they didn’t have the scammers number that they called from. We've now fixed this and you can now report a scam call even without the number.

By gaining more information about scam calls we can stop the scammers in their tracks, for example, we'll pass login codes to TeamViewer, so they can shut down the scammers account within minutes. We're also constantly working with the providers of the software that scammers have chosen to use such as TeamViewer, Log Me In and Anydesk.

Contacting all our customers

We're writing to all our customers with another “Beat the Scammers” campaign, which includes all the good stuff we have delivered and also what's coming, along with a reminder of the TalkTalk NEVERs to help you be on your guard when a scammer tries to contact you.

What’s planned for the future?

Here's a sneak peek of what we've got planned:

Your Ideas:
The idea suggested by Blowfish’s to create a whitelist within My Account is coming soon, so watch this space.

Switching on protected calling features for everyone

We're switching on Last Call Barring and Caller Display for anyone who doesn’t already have them switched on today. This will allow you to be on your guard for anyone who is calling and give you the ability to block unwanted calls by simply dialling 14258.

We've started to build a new tool in our community which will allow you to search for a suspicious telephone number and also report it, with comments. You'll also be able to see how hard our Customer Security team is working to quickly block the numbers.

There’s lots more planned for the year ahead, and we have great confidence that together, we will BEAT THE SCAMMERS! 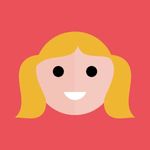 Hey everyone, Donna is the name and Scam prevention is the Game! As the Head of scam prevention, I’m dedicated to putting the scammers out of business.

Check out more blogs from Donnam

I am getting a call a day now from Indian men and women saying "I will get a refund Of £80.00 as my internetnconnection

is playing up ! this scam seems to only come from Indian call centres and as Talk Talk use these to save money means we all suffer !time to move to a more professional company Talk Talk do nothing !its been going on years!

recent ones to me are

Please take a look at out our Check and Report thread