anyone having broadband drop out in south Hampshire? netwrok issue at layer 2 or above 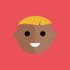 is anyone esle in the south hampshire area having intermittment broadband - dropping out reguilarly every 10-15 mins then reconnecting?

router when connected gets 13Mb/s - done speedtest.net dozens of times today. There clearly rerouting going on as sometimes I only get 6Mb/s and on second reconnection I get back to 12Mb/s

changed cat 5 cable to PC, changed PC, changed router, changed filter, connected line directly to the internal plug in master socket...support say they have to ask me to ring them ( really? surely Ive logged a fault and they should then ring me as the customer? they know the phone works I called them on it) and monitor the line for 24hrs..before it gets escalated ...what do I do? ring them and say... "its up no its down no its up no its down"

theyve done the line test - no probs. I knew that - I can make calls ergo the pots and pans works BUT the IP layer doesnt and the IP connection is being dropped and no manner of calling them to say its up/down/up/down will help - I CANT  monitor  the IP connection - they or BT can.

so its in the modem or dslam at the exchange or BT network -  passing it to the network team for a ping and diagnostic on the network side would take a couple of minutes or to look in the OSS system and see the red lights flashing in the south Hampshire region.

I read on the community that theres some major outage in Ruislip - and that I can believe will casuse network disturbances as things get repaired and rerouted etc now that things are so logically connected - even as far out as here.

...someone help me get above the guys at the support centre who are obsessed with the phone line and plugging things into the master socket and wont listen to any of this or the diagnistics I've done.

...Im counting the minutes to the end of the SLA then Ill escalate it

Sorry your having problems with your service.

Can you please visit our  Service Centre

This will check your line for any faults, you can also get step by step diagnostic help and advice by following the “Report & Repair” links.

Alternatively, you can contact my colleagues via Live Chat