The Children's Commissioner recently released a really interesting and eye-opening report about children's use of social media between the ages of 8 and 12, and a few things really stood out for me.

Ultimately, this report tackles an important issue being faced by many parents: how can my children learn to use the internet, and particularly social media, mindfully, responsibly and safely? The report provides recommendations around guidance for parents, which for me stresses the importance of initiatives like Internet Matters who are a charitable organisation set up to help parents educate their children on safe internet use.

At TalkTalk, we recognise how important it is for families to have these conversations, and so we include two features in all our broadband and fibre packages that are designed as tools to facilitate these discussions:

If you're interested in checking out the report, it can be found here: https://www.childrenscommissioner.gov.uk/publication/life-in-likes/ 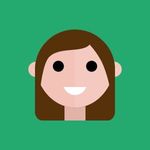 Check out more blogs from elizabethb