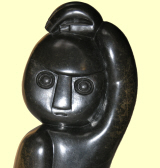 I suppose it was only a matter of time before the Windows Event Viewer scammers from the Indian sub-continent managed to penetrate Callsafe!

This morning my wife took a call which reached us directly (i.e. without the message giving the voice of the new caller). This should mean that the caller was on our white-list. She immmediately realised that it was nevertheless a scam call and engaged with the caller to see what would happen. When he began the usual nonsense about our computer giving his company error messages, she said that I was the one who could deal with him and asked him politely to call back when I was in. He said he was "Alexander Williams" ringing from 01865522292 but 1471 gave 00614537267220.

This afternoon he did call back and I answered. Again, there was no prompt from Callsafe that this was a new number. So I got into a conversation with "Alex" who went through the standard eventvwr rigmarole in an attempt to persuade me there was a problem he could fix. After a few minutes I asked what he could do to solve the alleged problems and, as is usual, he transferred my call to his "superior" "Mike": this is the indication that they think they have hooked a sucker.

"Mike" asked me to use a windows run box to access www.supremocontrol.com which may be a legitimate website for remote access software. However, a quick Google search confirmed that it is often used for these scams. I attempted to access the site as requested and discovered that my TalkTalk web protection cut in to block the site as being unsafe. At this point I accused "Mike" of being a scammer and hung up.... This time 1471 gave 00612467347989 so it is clear that none of the numbers logged is likely to be the true source.

My concern is not so much about the scam itself, which I've deflected on numerous previous occasions. The question is why Callsafe didn't protect me, as it has done smoothly ever since I switched it on months ago. Can an OCE please comment.

There is a chance that CallSafe developed a fault rather than being somehow penetrated, Are you able to check that callers are currently hearing the CallSafe message?

Yes, that's a possible theory but doesn't look like the explanation, unless you know there definitely was an outage yesterday. Today I called from my (white-listed) mobile and got through at once, as expected. Then I deleted its number from my white-list using "MyAccount". When I called again, I got the TalkTalk Callsafe message that is expected for non white-list numbers.

I answered the call on the landline and pressed "1" when prompted. Sure enough, the mobile number was added back to my white-list immediately.

So I stick to the suggestion that you have a wider problem....

Have you received any further calls?

If there was a wider problem there would be a lot more reports of this particular number or number range from users with callsafe active.

No, there have been no further successful attempts to breach Callsafe - but it has only been a couple of days and before Callsafe I got these scam calls spanning years, not days. As I said above, I'm not too bothered by the calls themselves but was concerned if it meant the bad guys had learned how to get round your system.

I agree that the only possible next step is to await further reports from other customers.

I've had no further scams getting through Callsafe - until today! It was a type of scam I've not experienced before:

A recorded female voice said she was from Visa security and that £600 had been taken from my account (no indication of which account, of course) and that I should press "1" to call back if I hadn't authorised that. Now, "1" is the TalkTalk digit to allow callers to talk to you but there had (as in February) been NO preceding TalkTalk message to warn the caller was not on my whitelist. I hung up.

The number logged on 1471 was 001792232034 which, if genuine, would be a USA number. I haven't called them back because they would no doubt try to scam me into revealing my bank or credit card details.