The powerline light on my adapters is flashing red instead of steady green. Why is this?
I have done all the reset protocols recommended.
Could it be that the adapters are on a different circuit?
If so, is this fixable? 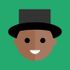 At the risk of stating the obvious, if you think there is a chance your 'Adapters' might be on differing circuits why don't you plug them into a double socket and try to pair?

I meant to add that I have used the adapters in the same twin socket with green lights on both. So I think they are working OK.

Thank you Karl.
Unfortunately the way our house is set up, we cannot connect them on to the same circuit.
Moving house or a complete rewire seems too drastic for a slow connection solution.

The light going red indicates that the communication speed between the adapters is poor.

If these are being used across different circuits, then we cannot help with that.  You can try the adapters in other sockets to verify they are working correctly.

Not knowing which make/model of powerline adapters that you have, it is difficult to be sure. The documentation for the current TalkTalk WiFi Extender kit does not actually state the meaning of the powerline light flashing red. Taking the two separately:-

So I would take this to mean that data is flowing between them albeit much slower than normal.

Yes, it could be that the adapters are on different electrical ring circuits to each other, they are designed to operate on the same circuit. Your question about is this fixable - well the only way around that would be to have your house rewired! However, there are some makes of adapter that claim to work across different ring circuits - see some of the Devlo products, but I have never tried them.

What happens if you move one of them to be on the same circuit if they are on separate ones? Are they both connected directly to wall power outlets or is either of them connected via an extension lead or a surge protector?