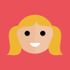 I got a faulty YouView box replaced a few months ago.  I then received an updated router.  All was going great until today. To start the YouView Box would not turn on no matter what I tried.  So I switched it off at plug and switched it back on after a few minutes.  I waited for the usual 5-7 minutes for it to start up.  Then it started and worked for a while.  I then tried to change channel using the remote control but it would not change - when I chose say BBC1, it came up on the screen BBC1 but it didn't switch over.  The sound button worked ok on the remote but that was all. So I turned off the box at the back and restarted it doing a factory reset (keeping recordings) - Im an expert at this now!!  Again it worked for a while on reset and reboot.  Then I wanted to watch a series I had started on iplayer.  It switched over onto iplayer ok BUT there was no sound.  Tried everything but to no avail. I tried coming out of iplayer BUT AGAIN everything froze.  Again I turned off at back and reset (taking another 5-7 minutes). It came back on and works ok now BUT I am scared to change over to iplayer or anything else for that matter because I know it will freeze up again.  I HAVE PUT NEW BATTERIES INTO REMOTE CONTROL which it doesn't need as changed not long ago so that's not the problem.  I am at my wits-end now.  Can ANYONE PLEASE HELP!!

This should be a new box.

Thank you. Is it a NEW one? This one we got replaced in January. I hope the replacement works for longer!

A replacement TV Box is on the way to you.

This should arrive within the next 48hrs.