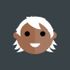 Since the 4th or 5th February 2021 my PVR  a Huawei DN372T just gives a failed to record message in the recordings page. This is whether the recording is scheduled or immediate. I have done a maintenance mode reset option 2 ... recordings intact. No difference.

Checked software and apps ... all up to date.

If the maintenance reset did not resolve, only option is to try the factory reset from the settings menu, then try some test recordings and see if these work.

Hi, I have exactly the same problem also with a DN372T.  All recordings up to early evening on 7 Feb play OK, but every one since later that evening present a blank page except for the progress bar at the bottom of the screen.  A factory reset with keeping recordings makes no difference.  I'm reluctant to do a full reset just to see if this makes a difference as I've a lot of recordings I would like to keep.

Anybody any ideas what's wrong and if a full reset is necessary to fix it?

@Keithattfield If all else fails then the box would need swapping out in which case you would lose your recordings in any event. So there is no other option really. If that fails please start your own topic and the support team can look at a replacement for you.

Well that's a coincidence isn't it.

I've removed my box and going to see if I can hear any issues with the hard drive.

Previously the box has been freezing playing back recordings... if you left it for a couple of minutes it would recover.

Today when I put the box on... no live pictures but pressing the Talktalk button gave a menu but very sluggish.

Looking at the recordings list, there was a programme showing as recording from yesterday that I didn't try to record and also if I tried to delete it the box hung.

I think the hard drive is stuffed

Have you tried the full factory reset from the settings menu ?

I haven't done the full factory reset but I have got the box working again.

I have an Ubuntu Linux machine at home, so I put the drive out of the DN372T into a cradle and plugged it into a USB port.

The system recognised the drive as a multiple partitioned disk but the one I homed in on was the largest partition of around 290GB, all partitions using the XFS filesystem.

In that partition were what I assumed to be the recordings files in pairs of *.inx and *.dat one pair of which were 0 bytes long..so after altering the file permissions I deleted those..

Deleting these files caused the file system to corrupt and automatically dismount.

This wouldn't remount under the Unix mount command.

Because the system uses the XFS file system fsck doesn't work , like CHKDSK in Dos.

Using xfs_repair with the -L option to force the checking gave a lot of file system errors but the process completed and could be mounted again.

Listing the files showed a dat file had been removed so assume it was corrupt. So I deleted the other of its pair.

At that point I put the drive back in the Huawei box and powered it up.

I think it booted up a bit quicker than previously.

I looked at the recordings stored on the drive and played a couple ( Non HD ) recordings and were OK..  Couldn't play HD as it gave a DRM error as I didn't have a TV aerial plugged in.

Installing the box into its usual place and fully connected I could play all the recordings on the box.

I could also make a recording too.

When the drive was connected to the Unix box the disk utility showed that there is a bad sector on the drive as flagged by the SMART system.

So to cut a long story short... The HDD has a bad sector. The XFS file system had gone corrupt which was fixed by mounting the drive on a Unix system and doing a file system repair.

The box could do with an interface so that this function could be done via a remote terminal connected by a network or an option on the maintenance menu to perform a file check.

Glad you have managed to resolve this.  Keep an eye on things and let me know how it goes.