Any suggestion on any WIFI 6 router upgrade?

Currently using the brilliant TalkTalk wifi hub Sagemcom-FAST5364. It has a very strong wifi coverage covering the same area as my previous Netgear Orbi rbk20 mesh system which is actually slower than the single TalkTalk hub.

I wish to upgrade to WIFI 6 AX routers. Got the TP-Link AX10 but it was so disappointing as the WIFI signal is so weak compared to the above. It's being returned.

Anyone using a newer WiFi 6 router that has stronger wifi signal and wider coverage than the TalkTalk latest hub to recommend?

To TalkTalk credit of including such a strong Wifi router at the first place to its newer customer. I signed up just in Nov for the G.fast fibre 150 service.

I'd highly recommend the Netgear RAX200. Not cheap at all, but performance is well worth it 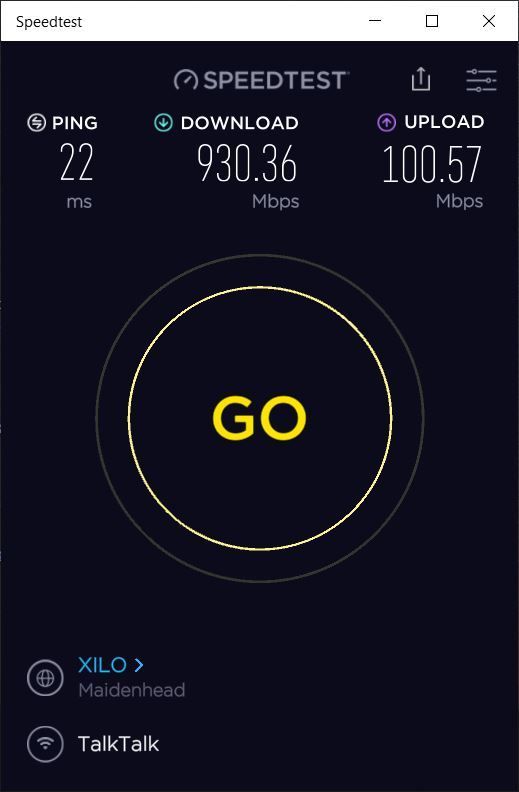 Have you seen the Amazon eero6 router / hub? Supplied with full-fibre products from TalkTalk (not yet with G-Fast).

Like below to appreciate my help . . . Mark as solved + Accept as Solution

Often we do these all at once and some time I noticed issues with video conferencing in my home office that is away from the Talktalk router.

As I wanted to upgrade my router hence was looking at the wifi 6 AX routers. I bought a TP-Link AX10 which is AX (Wifi6) but it performed much worse than the TalkTalk one hence I returned it and posted this question.

Anyhow, I changed to ASUS RT-AX82U which is designed for gamers. My children also play on-line game when not having virtual lessons.

I have to say it's great. It has the same strong WIFI coverage as the Talktalk router which is very good already. But the speed and stability especially at my home office is noticeable better. I don't get any message on my TEAM meeting regarding 'poor signal' anymore. Although I only have it for a few days but the overall speed at every corners of the house have improved.

Nothing wrong with Talktalk router but the ASUS one is better suited in our household.

Thanks for taking the time to reply. I haven't update the post since I got the ASUS one as my question was answered.

WiFi 6E has recently been ratified (an extra band - 6GHz). However, there is unlikely to be any hardware that supports it for some time yet.