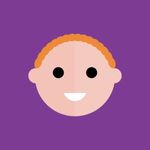 Yep, but if it's on catch up when you find it it will still be there later when you do have time to watch it. Unless it has expired, obviously!

When I had Sky I had programs that I had recorded 2 years previously and that I still watched occasionally.

If talktalk had the ability to record the downloaded program and put the thumbnail on the MyTv Watch list then this would be ideal.

anyway, I think we're going round in circles. I put the suggestion in because I firmly believe that the Sky system gives the user a lot more control over how/when to watch catch up programs.

i only wish that Talktalk had the same flexibility.

By the way, you don't HAVE to wait until the program downloads on Sky in order to watch it. As soon as it reaches 1% or so it's marked as Available so you can start watching it there and then if you don't want to put it off until later.

That's fine and you can do that with YouView too. What you cannot save for two years is time-limited catch up content as we have both observed. The two machines approach the same thing differently. YouView is a more modern system and allows on demand streaming. Sky doesn't. Bear in mind that much of this can be achieved with a YouView box without paying a penny extra. With Sky you have to be subscribed at all times, otherwise your box will not even record, let alone allow access to previously recorded material.

anyway, I'll just have to accept that for the moment, I won't be able to record catch up and watch it whenever I want to (even after expiration).

No, but you can watch catch up whenever you want! If you are happy to pay for the alternative way of accessing what is otherwise free content then your choice is clear. And I agree, we will have to agree to disagree. 🙂

As Sky are slowly beginning to introduce genuine streaming services I can see their boxes converging with the majority of other connected devices, rather than vice-versa.

Sorry Ferguson but the two alternatives are;

1 watch it live before time expiration, or

2 record it in the background while watching something else live, and watch it whenever you want with no time expiration.

i know which I think is more flexible!

But it does expire? That's the point.

Oh, we must be totally at cross-purposes then. BBC iPlayer for example?

I think things must have changed since I last had Sky. I don't have the availability to record on my Sky box now but having checked online it now appears that with iPlayer you now only have 30 days from downloading to watch it (which could still take it past the iPlayer expiration date) but, my mistake, it isn't a long time. I dont know that this applies to other catch up services but if so then I concede that there is only a convenience difference between the two systems and I bow out of the discussion.

“I see im not alone”