Today we've announced an acceleration of our full fibre strategy, with the launch of a company to build a new broadband network for Britain. The company, FibreNation, will roll out faster, more reliable broadband to three million homes and businesses. We'd previously announced our intention to invest in a new broadband network and today, sharing further details about our plans. We've established a new company, Fibre Nation, under an independent chair, to rollout full fibre infrastructure.

We've also confirmed that the first three towns to benefit will be Harrogate, Ripon and Knaresborough. The rollout builds upon our full fibre trial in York, which has seen the city benefit from Britain’s fastest internet. The combined footprint will reach over 100,000 homes and businesses.

Did you know.... Full fibre is one hundred times faster than standard broadband and offers guaranteed speeds rather than variable ones. With speeds of 1000mbps, customers can download an HD film in just seven seconds, compared to 25 minutes on a standard connection.

TalkTalk will be the first customer on FibreNation, wholesaling access to the network to sell full fibre services to its customers. The arrangement builds on the successful York trial, where TalkTalk and Sky both wholesale access from the network. Sky will remain a wholesale customer of the new network in the expanded footprint. TalkTalk is in discussions with potential partners, including Infracapital, to develop an appropriate long-term capital structure for FibreNation. TalkTalk and Infracapital will not be progressing on the basis of the Heads of Terms, announced in February 2018.

Tristia Harrison, Chief Executive of TalkTalk, said: “We’re delighted to launch FibreNation and set out our plan to deliver world class broadband to three million homes and businesses. For too long, Britain has trailed the rest of the world when it comes to broadband speed and reliability. We’re determined to change that and invest in the faster, more reliable broadband Britain deserves. This is just the beginning of our plans to be at the heart of Britain’s full fibre future.”

“We are very confident in the asset we have created in York and will continue discussions with potential partners to agree a capital structure that reflects that. In the meantime, we’re accelerating our rollout plans.”

Paul Reynolds, incoming Chair of FibreNation, said: “Having rolled out full fibre networks around the world, I’m excited to start building in Britain. This infrastructure will transform how families and businesses use the internet and I’m committed to ensuring it’s affordable to all. I’m delighted to have two of the UK’s largest internet service providers as customers and look forward to working with them to deliver the faster, more reliable broadband Britain needs.”

Richard Cooper, Leader of Harrogate Borough Council said: “We are delighted that Harrogate has been chosen as one of the first towns in the UK to benefit from the roll-out of ultrafast broadband. This major investment will transform how residents use the internet and make the area even more attractive to those who want to start or grow a business.”

County Councillor Carl Les, North Yorkshire’s Leader said: “Investment in ultrafast fibre broadband is crucial for the economic and social vibrancy of our county. We will be coordinating with TalkTalk through our streetworks team to minimise disruption from the works and ensure this is delivered smoothly so residents can enjoy the benefits of faster, more reliable broadband.”

We're sure you'll be as excited as we are about our news, if so let us know in the comments below, what would you do with 1000Mb? We know that customers in these areas will be keen to register their interest for this new service and we'll keep you updated on when registration opens. 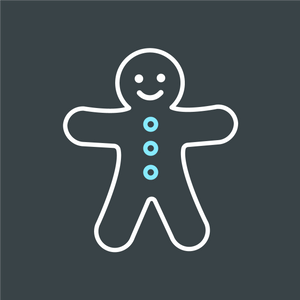