This Easter weekend TalkTalk is encouraging families to spend more time together and take part in a nationwide movie Easter Egg hunt.

If you’re wondering what that is then you’re not alone, as new research from TalkTalk TV has found that 65% of parents don’t know what a movie Easter Egg is.

A movie Easter egg is a visual nod to a previous character or film cleverly hidden in a scene - and big budget films are often littered with them. For example, you may have found yourself watching Frozen for 10th time, but have you ever spotted Rapunzel roaming the streets of Arendelle?

As families across the country look to get together over a good film after the chocolate has long been eaten, here at TalkTalk TV, we’ve identified some family favourites, all of which have hidden movie Easter eggs within them.

The challenge, should you choose to accept it, is to see how many movie Easter eggs you can spot in one of our top 10 family films – all available on TalkTalk TV:

Entering the competition is as easy as these three steps:

Three lucky winners will be selected from a random draw on Tuesday 23rd April. Winners will receive a TalkTalk TV voucher that allows you to rent five films for free, as well as a bundle of prizes from popular shows by ABC Studios, Nickelodeon and Cartoon Network including Ben 10, Powerpuff Girls, Paw Patrol, Adventure Time, Top Wing, Marvel’s Runaways, Grey’s Anatomy and many more. There’s a lot to play for as ten runners up will also receive a TalkTalk TV voucher.

If you want some useful tips and tricks before entering, then be sure to watch our video with TV presenters Angellica Bell and her husband Michael Underwood. They’ll give you the lowdown on how to spot the hidden movie Easter eggs. You might even impress the kids when you do!

The competition is open to UK residents aged 18 years or over only, excluding employees of TalkTalk. Entries after midnight on Monday 22nd April 2019 will not count. Posts must include #TalkTalkEasterEgg and @TalkTalkTV. Winners and Runners Up will be contacted by direct message on Twitter. T&Cs apply. 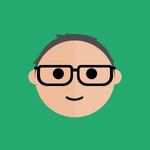 Hey everyone, I've worked for TalkTalk since 2004, as a member of the new broadband support team, moved to second line the following year, then CEO tech team and on to Community in 2009. You'll usually find me on the Broadband and Fibre boards (and email now and again). I'm interested in technology and photography and I'm a big coffee fan, have loads of coffee gadgets and roast my own coffee beans

Check out more blogs from OCE_Chris