Kicking off at the start of the 2019/20 season, the five-year deal comes ahead of the relocation of TalkTalk’s Headquarters to the Soapworks in Salford Quays this Autumn. The sponsorship is a natural fit for two like-minded challenger brands, with TalkTalk’s decision to sponsor a team in the Football League, as opposed to the Premier League like its competitors, being reflective of its commitment to championing fairness, be that in the broadband sector or beyond.

Famously co-owned by businessman Peter Lim and former Class of ’92 legends David Beckham, Gary Neville, Phil Neville, Ryan Giggs, Paul Scholes and Nicky Butt, Salford City FC will, this season, be playing in the Football League for the first time in its history. Kicking off at The Peninsula Stadium against Stevenage on Saturday 3rd August, the new official matchday kit will feature the TalkTalk logo on the back of the shirts and shorts.

The partnership, which runs until the end of the 2023/24 season, will give TalkTalk brand visibility across all televised games, the stadium’s media hub and matchday programme. It will also see the telecoms provider supporting Salford FC’s grassroots activity in the local area.


“It is a very exciting time for TalkTalk as we relocate our operations to Salford, and we’re thrilled that it coincides with us becoming the official sponsor of Salford City FC.

There’s lots of synergy with Salford City FC, not least because of our shared challenger spirit. The partnership also allows us to keep demonstrating our commitment to the local community so expect to see that brought to life in exciting ways over the coming year as we look to celebrate and deepen our relationship.”


when I first discussed a partnership with TalkTalk it felt a great fit for our club. We share the same views and principles on affordability and accessibility for all, so for them to be locating to the area is great for everyone.


We would like to welcome TalkTalk to Salford. This sponsorship is fantastic, not just for the club but for the wider community, who believe

like us the importance of grassroots football. We are looking forward to working with TalkTalk and the exciting opportunities that will arise along our journey together." 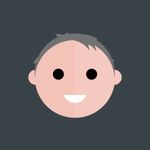