I've been having a poor time with TT broadband in recent months. My internet goes offline randomly for several minutes - more often at night but it's often cutting out my Zoom calls with work which is obviously inconvenient. Online gaming is a no-go. Prime runs on terrible quality before crashing out because there's no internet.

My service level agreement is for 41-50mpbs, but I only get 10-21mbps at best. Upload speed is absolutely non-existent.

Whenever I go to the "test your line" bit, it says there is a problem and it emails me to say it has been resolved (when it hasn't). Two screenshots below illustrate the issue. While I was uploading them to Imgur, the internet went down again.

TT have been pretty hopeless at fixing this despite multiple attempts. Has anyone else dealt with this? I am paying for a service level that I'm not receiving. 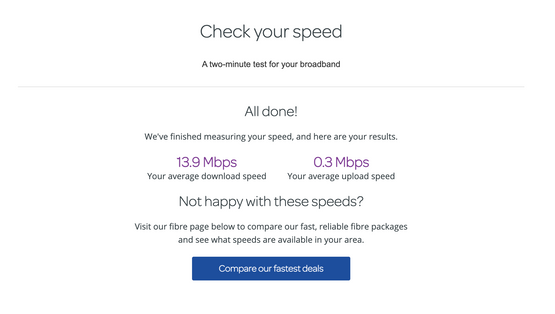 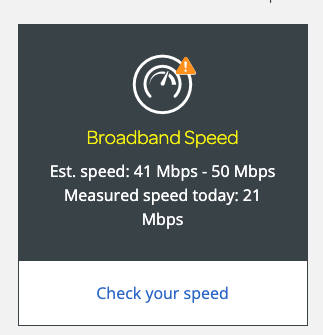 Please can you add your name and TalkTalk landline number to your Community Profile, we can then look into this further.

If you would like the support team here to look into this for you make sure that your personal details including TalkTalk landline number and/or account number are complete on your community profile (click here) so that they can link your forum identity with your account and then wait for them to respond.