A record of our current attempt to move home with Talk Talk. Posting here as a warning to others. The most abysmal customer service I've ever encountered, and an incredibly stressful experience during a difficult home move, when both myself and my partner require the internet to work. Also posting to social media and review sites, and sending to consumer rights bodies.

Account says go live date now March 15th  (and that March 8th appointment missed by customer). Told order is “stuck with a flow activity and Back Office emailed to progress it”.

SMS from Talk Talk says engineer will visit between 8am and 1pm. Wait for engineer. Engineer does not come. Told appointment not for home visit, but work done at exchange. New appointment booked for Monday, March 21st.

Talk Talk call to say appointment cancelled as engineer could not be assigned. Appointment moved to April 8th.

Total appointments not fulfilled by Talk Talk: at least 3

Total calls to or from Talk Talk since March 8th: at least 21

Total hours spent on phone or live chat with Talk Talk since March 8th: at least 8

I can see that you've now spoken to your Complaints Manager, I'm really sorry this is taking so long to resolve

Update: have just received an email from a manager in the CEO Office, who offered no explanation for why the engineer didn't turn up. Instead, she promised an update in four days, by which time we'll have been WITHOUT BROADBAND FOR 47 DAYS.

How does it go? "Choose no home broadband for 47 days. Choose six missed engineer appointments. Choose losing work, or even your job, because you don't have fast internet at home. Choose abysmal customer service. Choose enormous amounts of stress and frustration. Choose the worst broadband provider in the UK. Choose TalkTalk".

Thanks for the update. I'm sure the Complaints Manger will call you but if they don't call today just let us know

As I mentioned below we have someone in the CEO Office who calls after every missed appointment, tells us it's all Openreach's fault, and schedules another appointment. She's "helped" us through two missed appointments now. She hasn't called this morning though - perhaps she's given up?

Just to confirm that yesterday's appointment was also missed, bringing the total to six, and 43 days without broadband. At the moment my partner is crying in the other room because she hasn't been able to get on a Zoom call with work for six weeks and is scared she's going to lose her job. It's obviously not your fault, but this is what your company has done to us and everyone responsible should be utterly ashamed of themselves.

I'm now starting to think we're effectively being managed out as TalkTalk customers, as the compensation due is greater than the company is likely to recoup from us in bills. That might seem farfetched, but then so does the idea of a broadband provider that can't provide broadband or arrange an engineer's visit, especially when a neighbour has had a successful engineer's visit via another provider this week.

Again for non-Talk Talk customers reading - please, please, please choose another provider. This could easily happen to you. If reporting our experiences can cause this disgrace of a company to miss out on just one potential customer...well, I won't say it will all have been worth it, but it'll make us feel a little bit better.

It's also probably worth updating my record of what's happened so far:

Account says go live date now March 15th, and that March 8th appointment was missed by customer. Told order is “stuck with a flow activity and Back Office emailed to progress it”.

SMS from TalkTalk says engineer will visit between 8am and 1pm. Wait for engineer. Engineer does not come. Told appointment not for home visit, but work done at exchange. New appointment booked for Monday, March 21st.

TalkTalk call to say appointment cancelled as engineer could not be assigned. Appointment moved to April 8th.

Wait for engineer. Engineer does not come. In afternoon, TalkTalk CEO Office call. Do not know engineer has not come. Say will call Openreach, escalate as high as possible, and obtain earliest possible appointment.

Call from TalkTalk CEO Office to say matter has been escalated to highest level possible and confirming “high priority engineer” visit for Wednesday April 13th, between 8am and 1pm.

Spend morning in car in car park in case engineer comes but cannot find house. Engineer does not come. Call from TalkTalk CEO Office to say problem was a system failure at Openreach and promising to reschedule appointment for earliest possible opportunity. Also reports that case has been escalated to highest priority possible at Openreach.

Call from TalkTalk CEO office to say that Openreach have reported that all system problems have now been resolved, and that they are awaiting an appointment from Openreach.

Spend afternoon in car in car park in case engineer comes but cannot find house. Engineer does not come. Learn from neighbour that he has had successful Openreach engineer’s visit that week to install broadband via another provider (Sky).

I'm really sorry about this, have you heard anything from your Complaint Manager?

I am following this @James Y1 and what a sorry saga it is.  😕

It may be small consolation to know that the compensation you will be due will more than cover the costs of mobile data which you have incurred.

Quick update for those following this saga: two hours left of appointment slot number six and no sign of the engineer! Will they turn up, or will it be SIX MISSED APPOINTMENTS FROM TALK TALK/OPENREACH?!?!?!?! Stay tuned!

Yes, we get a very nice phone call every time an engineer fails to turn up explaining why they didn't turn up and booking another appointment for which they won't turn up. Currently sitting outside the house waiting for our sixth scheduled engineer's appointment.

Oh, and a neighbour has just managed to have their Sky broadband installed. The Openreach engineer turned up as arranged. Is it just TalkTalk customers they don't turn up for?

Do you still have the details of your CEO contact who is overseeing your case ?

Sorry, that last post should read "very unlucky", not "very unlikely". Still, a pretty good example of what being a TalkTalk customer does to your state of mind. And after all, I have just spend four hours sitting in my car, waiting for an engineer who didn't show up.

Update: Openreach engineer has missed this morning's appointment. Talk Talk/Openreach have now missed five appointments. As appointment was described by Talk Talk CEO Office as "high priority" (I was also told that matter had been escalated to "the highest level possible" at Openreach), I can only assume that either (a) we're just very unlikely or (b) TalkTalk are unable to fulfil engineer appointments in this region (East Sussex) and that should you require one (either for a house move or as a new customer) you should find another provider. I've now contacted Radio 4's You and Yours about the matter and posted a further review on Trustpilot. 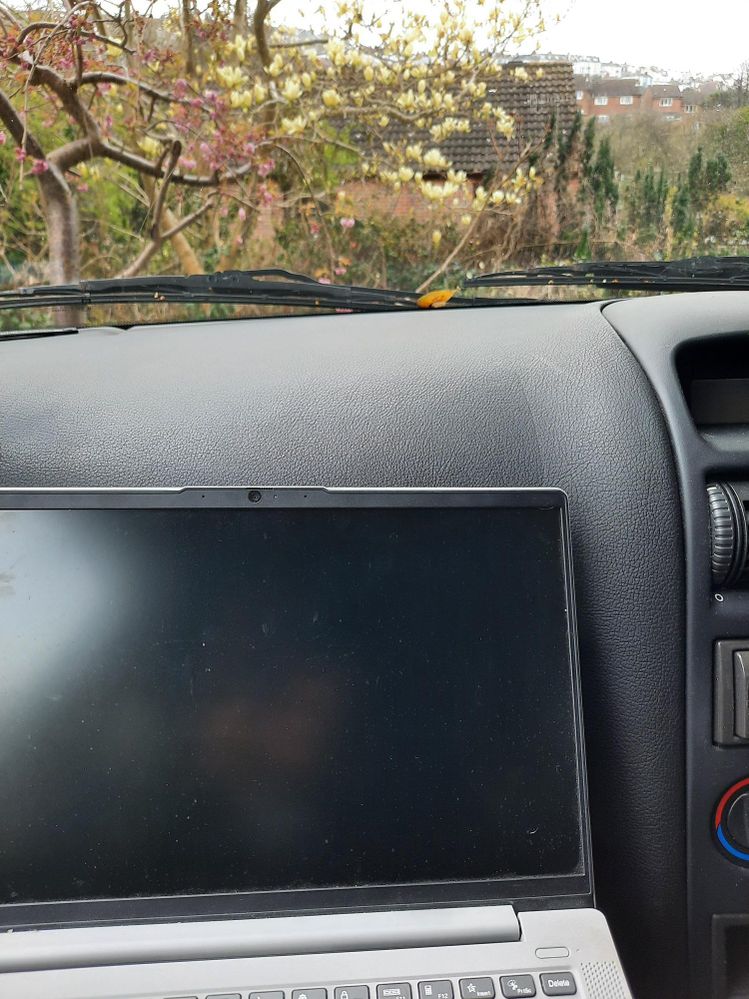 Here's how you spend your days if you're a Talk Talk customer - sitting in your car, in the car park outside your house (since 8am this morning), in the hope that if the Openreach engineer miraculously does turn up after four missed appointments, they won't drive off claiming not to have been able to find the address. Thanks Talk Talk!

Update: days without broadband: 35. Engineer appointments missed by Talk Talk/Openreach (not including this morning's, which they've got two hours left to fulfil): 4. Total spent on extra mobile data so far: £141.50.

@James Y1, Talktalk has not changed the contract regarding its responsibilities for residential services despite the changes in working practices since the lockdowns and ongoing lifestyle changes.

You will probably find that there are similar clauses with other providers for residential use (also, I notice, with utilities companies etc).

So, strictly speaking, customers are on their own when it comes to costs incurred due to problems with the service other than compensation from the auto compensation scheme or goodwill gestures etc.

It's probably something that society in general needs to catch up with - if not the residential services providers' responsibility, possibly your employers.... or use a proper business service, or write to Talktalk ....

Customers are expected to read the Ts&Cs and these are what both parties are held to when you sign up.

This is really interesting Gliwmaeden2, thank you. You seem to be implying that Talk Talk might not permit people to use their broadband to work from home, unless they get permission in writing. That seems pretty huge to me, and I guess might result in the company losing a vast number of its customers. Or am I misunderstanding you?

Daily update: days without broadband: 33. Engineer appointments missed by Talk Talk/Openreach: 4. Another £20 spent last night to top up my mobile data so I can try and work this week, bringing the total spent to £141.50.

Perhaps I'm misunderstanding the situation and it's actually a new Talk Talk package?

They've been trying for a week and have achieved nothing so far. Funny, you'd think the CEO's office might be able to arrange an engineer's appointment. I guess CEOs just aren't what they used to be.

Thanks for confirming that they have been in contact. Hopefully the CEO Team will be able to resolve this for you as soon as possible.

Can I just confirm, have you been contacted by the CEO Team?

@James Y1, you should receive compensation for appointments missed without notice given, and the delay to the start of your service:

The number of days' compensation is calculated AFTER resolution of the issue and may take a month to appear in My Account.

However, check the Ts&Cs (link at the foot of the page) for the limits of TT's responsibilities to customers.

The change to working from home for so many customers has not been reflected in Ts&Cs for residential services. There has always been a requirement for agreement for business use in writing:

or consider switching to Talktalk for Business: