Hi Guys,
I've been having a problem for a couple of months now since I joined talktalk,

It's pretty much the same as this old thread here: link below
https://community.talktalk.co.uk/t5/Product-Archive/The-WAN-DHCP-client-process-has-failed-on-Vlan-3...

My router drops at random times sometimes very often and sometimes not, which is weird.
I've talked to talktalk twice about it and they cant seem to find the problem and an engineer was here a few days ago, he changed the master socket to a newer version, checked the internet lines and router itself, ran a few checks but he could not find anything wrong with it. With the new socket, my internet speed did improve but this doesnt help the fact that my internet drops every 10-15 minutes for 2 minutes each time, it's highly irritating.
He told me before he left that he will request a new router for me just incase but I have yet to receive a confirmation e-mail or text so I'm not sure if it is on the way.
Everytime the internet the logs say something about WAN DHCP client terminating on Vlan 36. 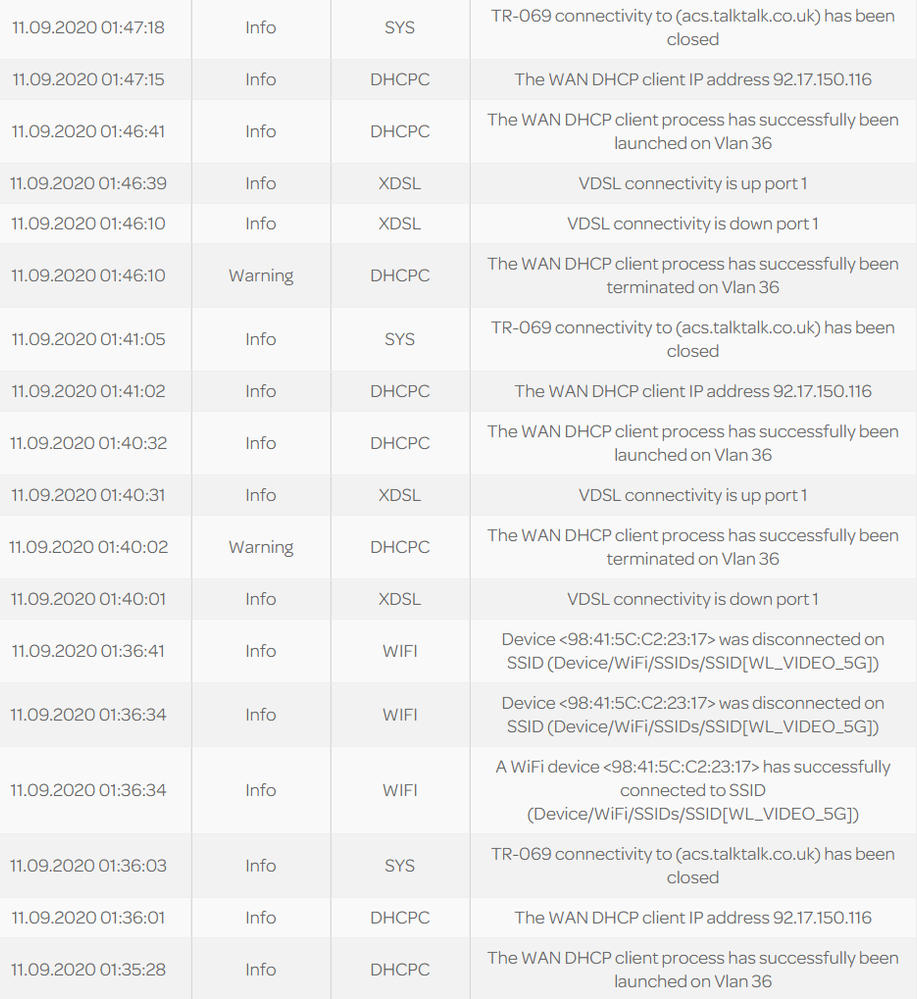 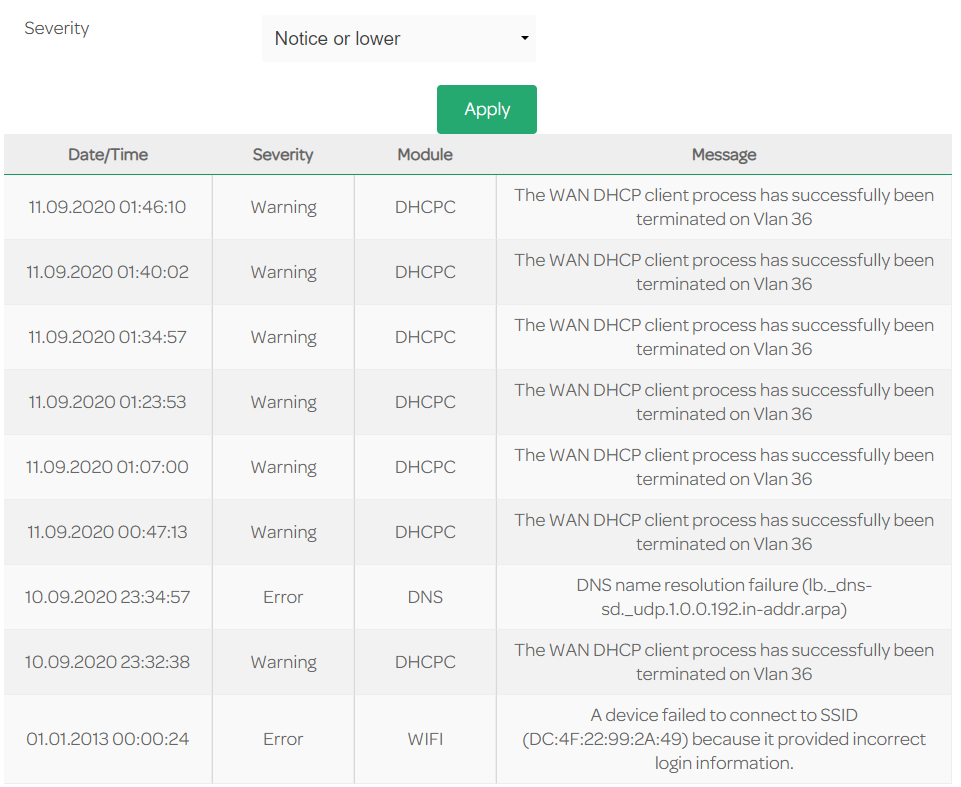 Judging by the old post i read, I don't think getting a new router will help but hopefully someone here has an idea on what's wrong or how to fix my internet.

Also my vlan already is and is automatically set by default to 101.

Thank you for the reply, I have updated my community profile, sadly I don't really have an alternative contact number, but whenever I am available you will always be able to reach me on the number I have put on my profile.

I'm sorry to hear that you're experiencing problems with your service, if you still need assistance can you please start your own Topic and we'll be happy to help

It hasn't been disconnecting as much now for the past couple of days but still does it from time to time, it only disconnects like 3 or 4 times everyday, but its still as frustrating especially since i like to game when im off work and it just disconnects in the middle of a game.
Is there any word if I am going to receive a new router to test out and see if its a hardware problem?

I'm sorry for the delay. I've run a test on the line now which has detected a possible fault. Is the voice service also affected? As soon as we've confirmed this then we can raise this over to Openreach for further investigation.

Sorry, I think I'm being stupid but what do you mean by voice service? We don't have a landline if that's what you mean.

Would it be possible to borrow a phone just for testing purposes to see if the landline is working ok?

If you are experiencing a no dial tone fault or noise on the line then this has to be investigated first as it can affect the BB connection.

Hi Debbie, we dont use or have a landline.