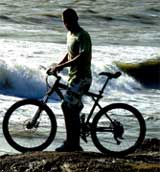 A bit of a saga this I'm afraid. On 11th June I contacted EE, my mobile phone provider over a phone issue. This was resolved but, they then offered me a fibre broadband deal that was better than my current TalkTalk package so, I went ahead and signed up for it.
A short time later that day, after giving it some thought, I realized that as I have been a happy customer of TalkTalk since 2007, which I think speaks volumes, I'd give TalkTalk a ring. Sure enough I was offered a fantastic deal to stay which is £16.50 cheaper than my current TalkTalk package. So, I agreed to stay.

I immediately contacted EE and cancelled the order.  The saga now begins because despite repeated assurances from EE that the order has been cancelled and the OpenReach system is clear of any jobs proposed for my line, the TalkTalk system is showing a pending switch. I have just come off the phone once again to the call centre. This is the sixth or seventh time I have spoken to advisors and managers there. I have been told twice that the issue has been escalated to the Back Office Team to sort out, and twice I've been told to wait 3-5 working days for the issue to clear. I was expecting a phone call at 12:00 today to confirm the issue had been rectified. The time came and went but no call. I phoned the call centre again and was told the issue would be escalated again to the Back Office Team and I should ring back on 9th July to see if the unsolicited

(non-existant) job on my line, has been cleared. I even received a letter on 12th of June from TalkTalk about the switch and that my fibre broadband service would end on 25th June but, here we are still up and running on 2nd July. Can anyone here please help get this sorted out so I can switch to the fibre package I've been promised? Thank you.

I will look into this for you and get back to you.

I have received an email this morning from TalkTalk thanking me for staying and confirming that the cancellation of my TalkTalk service has been stopped. So, hopefully I can now be switched to the £22.50 Faster Fibre deal which will be backdated to 11th June as promised.

Please can you confirm this for me?

This has now been resolved.  Sorry it took so long.

I'll look into the offer that was made, and get back to you.

It should be on the system as it was repeated to me on several occasions when I contacted the call centre.

Ive now added the deal you where offered

You also have Anonymous Caller reject applied which costs £2 So total price is £24.45 per month.

I've just received an email from TalkTalk and it looks like everything has been sorted out.

I think our replies are out of sync. Thank you very much for sorting this out for me.

I did ask the call centre for the Anonymous Caller Reject feature to be removed when we discussed the package. Can you do this for me please.

No problem, will remove it now.

Thank you for your exceptionally fast resolution to this frustrating problem.

I should have come here first.

Looking forward to another fantastic 18 months with TalkTalk.

No problem, Glad to help,

Any further questions don't hesitate to ask us.