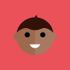 I recently moved from Fibre35 to Fibre65 but my Internet speed didn't improve, after much investigation I resolved the problem but what I found during the exercise might help some others resolve similar issues.

Firstly this is what I have in my house; TT Super Router, PowerLine Ethernet network, Windows PC with Ethernet & wifi connectivity, 2xSamsung Tablets, 2xMotorola G8 Plus phones, LG TV, Amazon Echo, IPCamera and Central Heating controls, pretty average these days I would say.

Some time ago I separated the 2.4Ghz and 5Ghz channels on my router and all my devices were connected to the 2.4Ghz channel.  When I was using Fire35 all my devices ran at a steady 32Mbps but when I updated to Fibre65 the speed changed to a highly variable 20-40Mbps.

I wont bore you with a blow by blow account of my fault finding but just give the results of what I found.

Using an Ethernet cable or 5G wifi I have a steady 59Mbps connection to all devices.

2.4Ghz gives a very variable 20-44Mbps connection and I have been unable to find what is causing this.  There are very few other AP's nearby and I have moved the channel of my 2.4Ghz to one that is not effected by any other AP.  It is possible that this is effected by Bluetooth but I haven't investigated this.

Not all devices are equal - although all my Android devices give 59Mbps on 5Ghz the Moto G8 Plus phones give 20-40Mbps speed if their Bluetooth is switched on, this seems to be a known problem with this phone.  This is very similar to the speeds seen on the 2.4Ghz channel and confused things for a while.

My Windows PC uses a TP wifi dongle plugged into one of its 4 USB ports, the one originally used gave (you guessed it!) 20-40Mbps whilst all the others give 59Mbps, this also frustrated the fault finding for some time.

The PowerLine network reduces the Internet speed from 59Mbps to 55Mbps, not bad for the convenience it provided but a notable drop.

My BT line comes into my property in the integral garage and I use a BT 5C Master Socket with the router in the garage, bringing the router into the house and connecting it to an internal phone socket with micro filter the 5Ghz channel gives 52Mbps.  This is worth noting as this is how most people will connect their routers.

I hope the above may help others if they are getting slower speeds than they expect, the results I found might seem blindingly obvious to some but the variability of what I was finding was very confusing indeed, particularly as I had had very stable speeds using Fibre35.

Many thanks to TT who leant me a router which enabled me to quickly eliminate my router as a cause.

Thanks for the information, I'm sure will be helpful