Moved house, and stayed with TT. Got a new modem (DSL-3782). I'd like to put it in bridge mode, so the WAN IP passess through to my own router (OpenWRT based). On the old router I had (tiny one, only 2 Ethernet ports), this was possible-but I think with this one, its not? If this is right, could someone recommend a decent DSL router I could do this with (I suppose I could use the old one-but the username/password seemed to be hidden on this new one, so if someone could point me on how to get that username/password, I can try it on the old one 🙂 )

If you want to put the 3782 into bridge mode and connect it directly to the line nothing will ever have access to the internet. Bridge mode disables all of its routing functions, there for no traffic will be able to route to the router''s public IP address, which is a totally different network.

What you really mean is to configure the 3782 into modem mode. The 3782 does not natively support modem mode. However, I have seen a thread where someone did manage this. I will try & find it for you.

I gave up and took the old router-that seems to support "pure" modem mode. Set up PPPoE on it with my username and password, public IP now "sits' on my OpenWRT router. However, the line stats dont look as good on it as the newer one, so I may be looking on fleabay for a VDSL router that is good at *just* being a modem, so i can hand off all routing and wireless functions to my OpenWRT/LEDE router. Any recommendations?

I think I have seen the thread about the 3782 working in modem mode-I tried that, with no joy-I could not lease a public IP, trying both PPPoA and PPPoE

Anither approach is to leave the 3782 in default config and connect it to your other router via Ethernet & put that router in bridge mode and disable it's DHCP server. You can then disable the WiFi on the 3782 if you want.

Thats what I had before, and I was getting DNS errors on some devices-I much prefer raw modem mode. But thanks for the tip.

I have found the configuration that apparently does work as Modem Mode (despite the first screenshot putting in Bridge mode). This was on a fibre connection. 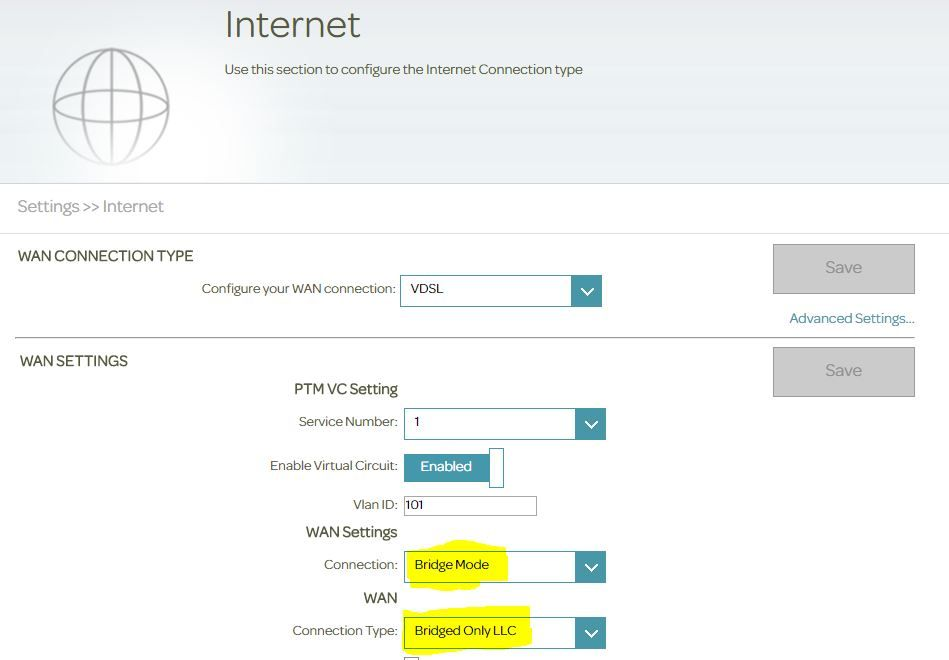 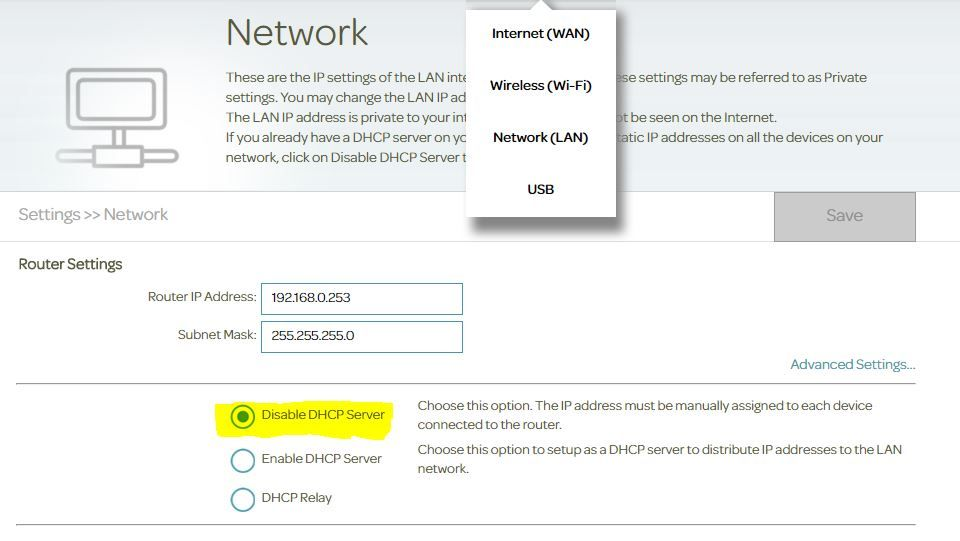 This does apparently push the public IP address directly to the second router. The user who told me about this was @charlesb224.

OK-tried this last night but it was late 🙂 so will try again. It might be the 2nd router is not accepting it-but it does with the other router.

Will let you know how I get on

This method does work.  I used it whilst I was inbetween modems and needed to have the WAN IP assigned to my router.

Nope-no joy-must be my OpenWRT router doesn't want to play.

Tried LLC and VC-MUX, plus PPPoE and PPPoA. DHCP server was disabled as instructed.

So back to the old router.Thanks for the help.

I have never tested this myself.

Hi cabbers, as the others have said it should work. Have you got another router you can test with just to make sure it's not your openwrt based one?

I think I responded further up on this-but I put in my old TT DSL router (small D-LINK) and set up the OpenWRT router to PPPOE, stuck in my username and password-and it works! Not sure if putting in the newer TT router would massively improve things-but the current set-up works, so I'm not touching it. Besides, HyperOptic are just about to start selling in here, so I'll be off/not renewing my contract 🙂 Who-hoo!!

Are you on Fibre or ADSL?  If Fibre, are you on Business or Residential?

If the answer is Fibre/Residential, then you don't need to use PPPoE, the only requirement is to set your OpenWRT router to Dynamic IP/DHCP to connect to the service if you've configured your TT router as above.

@EyerexUK wrote:
Works for me as just setup with a Asus 86U Router

I have followed all the steps above (the screenshots), connected my Asus DSL-AC68U to the DSL-3782 via a cable, connected a PC to the wifi of the Asus, but then I couldn't manage to open the webpage to configure the Asus. How did you access and configure the router?

I went to the TalkTalk router configuration page, home, connected clients, tried the IPs of the other clients, but the Asus router wasn't there

For reference, just in case it might be helpful to others:

I switched off the Talktalk router. Connected a laptop to the Asus via network cable. Set the Asus to router only as described here: https://www.asus.com/my/support/FAQ/1016292/

Finally, I connected the TT and the Asus via cable - note the cable must go in the specific port specified when setting up the Asus as router only.

It all worked fine, except there was no internal DNS: \\mynas no longer found the NAS, but connecting to the specific IP address of the NAS worked. Most home users do not have a NAS or similar device whose name needs to be resolved, so they wouldn't even notice.

I followed the steps described here:

Oh, I also set the WAN DNS to Google's , so Talk Talk can no longer hijack the page if an address is wrong.

i too finally got this working, i found that only keeping one of the routers switched on whilst making settings to the other key in this, also i noticed that a few times on the dsl3782, settings were not getting saved, mainly turning off wifi, once i was sure all was set it worked fine, i now have the dsl3782 in bridge mode, connected to a asus N66U router running asus merlin firmware, then in the other room i have a asus RT-N16 also running asus merlin firmware set to repeater mode, this connects to the N66U over wifi flawlessly, i have setup openvpn on the N66U and can connect to it remotley and then turn on my server connected to the RT-N16 via WOL.
0 Likes
Report Inappropriate Content Reply